Liverpool defender Virgil van Dijk created history after being chosen UEFA Men’s Player of the Year on Thursday, becoming the 1st defender ever to win the prestigious title.

Liverpool defender Virgil van Dijk won the UEFA Men’s Player of the Year and the Defender of the Season award for the 2018/19 UEFA Champions League campaign here on Thursday. Van Dijk’s brilliant performance in the last season helped his club lift the Champions League title. 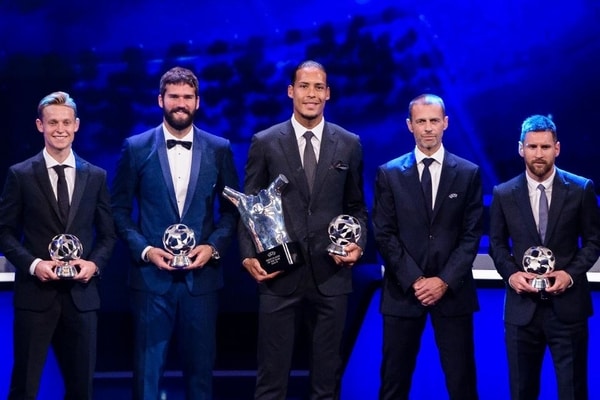 It did not take long for Liverpool to take an interest in van Dijk although initially Southampton rejected the Merseyside club’s approach. Nonetheless, Liverpool did sign van Dijk during the 2018 winter transfer window for a then world record fee of $90M for a defender.

“We had an amazing season, winning the treble,” said Bronze of Lyon’s exploits. “I think any of my teammates could have been up here receiving the award today.”

The 27-year-old Bronze is the first English player to win either of the UEFA player of the year titles.