TikTok has reclaimed the top free app spot on Apple App Store and the top free app spot in the “social” category on the Google Play store, days after the Madras High Court’s Madurai Bench lifted the ban on the app, the company announced on Wednesday. The rise of TikTok in both app stores can also be attributed to a promotion that the company is running right now. TikTok is asking users to share #ReturnofTikTok microsite on social media to win Rs. 1 lakh. The microsite provides links to download the app for Android as well as iOS. 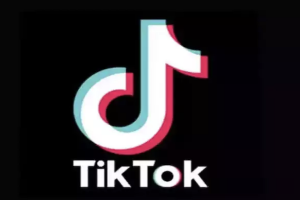 “We would like to express our deepest gratitude and thank our over 200 million users in India for the overwhelming response, support and love they have shown towards TikTok,” Sumedhas Rajgopal, Entertainment Strategy and Partnerships Lead, TikTok (India), said in a statement. “We are looking forward to continuing our journey with our TikTok family and actively work towards ensuring a safe and positive in-app experience for our users.”

Deciding the case filed by advocate Muthukumar, the bench vacated its interim order banning the app, subject to conditions that pornographic videos will not be uploaded on it, failing which contempt of court proceedings would begin.

In an effort to boost the downloads after the app finally become available for download again in the app stores, TikTok launched a promotion on May 1 to incentivise sharing of links to download. The company is offering Rs. 1 lakh to three lucky people every day who share its special promotional microsite on social media. The promotional campaign will continue through May 16.

Owned by Chinese company ByteDance, TikTok claims to have over 120 million monthly active users in India.