Sushma Swaraj died after suffering cardiac arrest. Her body will be kept at BJP headquarters in Delhi till 3 pm after which it will be taken to Lodhi Crematorium for last rites. 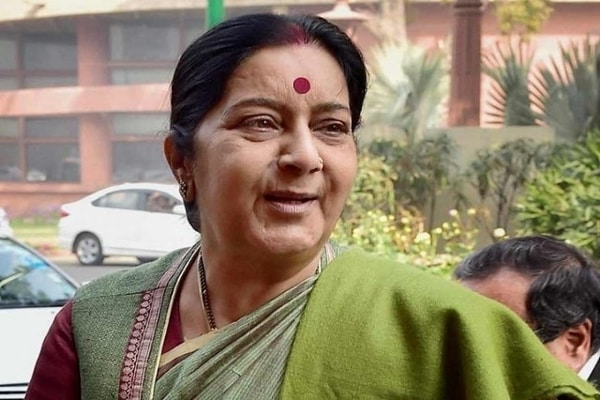 A glorious chapter in Indian politics comes to an end. India grieves the demise of a remarkable leader who devoted her life to public service and bettering lives of the poor. Sushma Swaraj ji was one of her kind, who was a source of inspiration for crores of people,” Prime Minister Narendra Modi said in a series of tweets. Several senior ministers, including Harsh Vardhan, Rajnath Singh, Smriti Irani Prakash Javadekar, reached AIIMS after she was admitted to the hospital.

Prime Minister Modi, in his tweets, hailed Swaraj as a “prolific orator and outstanding parliamentarian” and said she was admired and revered across party lines. “She was uncompromising when it came to matters of ideology and interests of the BJP, whose growth she immensely contributed to,” Modi said.

India has lost its extraordinary leader, minister and personality.. May God bless her soul

A huge loss for India- An outstanding orator, an absolute patriot, a tall leader @SushmaSwaraj Ji is no more. As an Ext Affairs minister she was always accessible to every Indian who was in need of help. My deepest condolences to the family, loved ones & millions of followers

Anupam Kher,Narendra modi,Swara Bhasker and others too react on twitter on death.

Swaraj had a kidney transplant in 2016 and had opted out of contesting Lok Sabha polls earlier this year for health reasons. She is survived by her husband Swaraj Kaushal and daughter Bansuri.