The initials of both of our names begin with the letter “S,” so when we were searching for names, it was pretty clear that I wanted a brand name that began with that letter. “When I started thinking about the features of the brand as I put them on and tested them over the previous year, my first idea was how simple it is, which is how ‘SOEZI’ was formed,” she says about how she came up with such an odd brand name.

Having beautiful nails is the best feeling, and SOEZI hits the mark. Because of the poor quality and limited shelf life of the brands that are now available, press-on nails have long been shunned for fear of harming natural nails. To lessen this terror, SOEZI “For more than a year, I’ve been experimenting with press-on nails. I’ve also had holidays where I changed them daily for various shoots. I know how long glue adheres and how long you may leave it on. As you can see, I was heavily involved in developing SOEZI since I knew my strengths, which was the most significant part.

The nails are made simple to apply, practical, and sufficiently adaptable. We have spent the last 1.5 years conducting extensive research on the most popular nail trends, nail art, and nail types among women. We’ve covered the specific clothing preferences of women from various backgrounds and occupations. We then created the designs, which included several primary colors, swirl patterns, eggshell patterns, Marbella nail art, and much more. So, after conducting an extensive study for the designs, this is how we arrived at the first collection, says Sonakshi. The website offers a wide range of primary, pastel, and chromatic styles, effects, and patterns, as well as the option to customize the form and length of the press-on nails.

Sonakshi Sinha and Srishti Raai, the brand’s vibrant, gregarious, and laid-back boss ladies, are in charge. The Bollywood star shared Srishti’s ambition for a company that would offer an easy, quick remedy for beautifying the nails while getting ready. SOEZI was created due to Srishti’s discovery and Sonakshi’s search for a solution.

Also Read: 8 Best Innings of Yuvraj Singh of All Time

The purpose of SOEZI, as seen by Sonakshi Sinha: 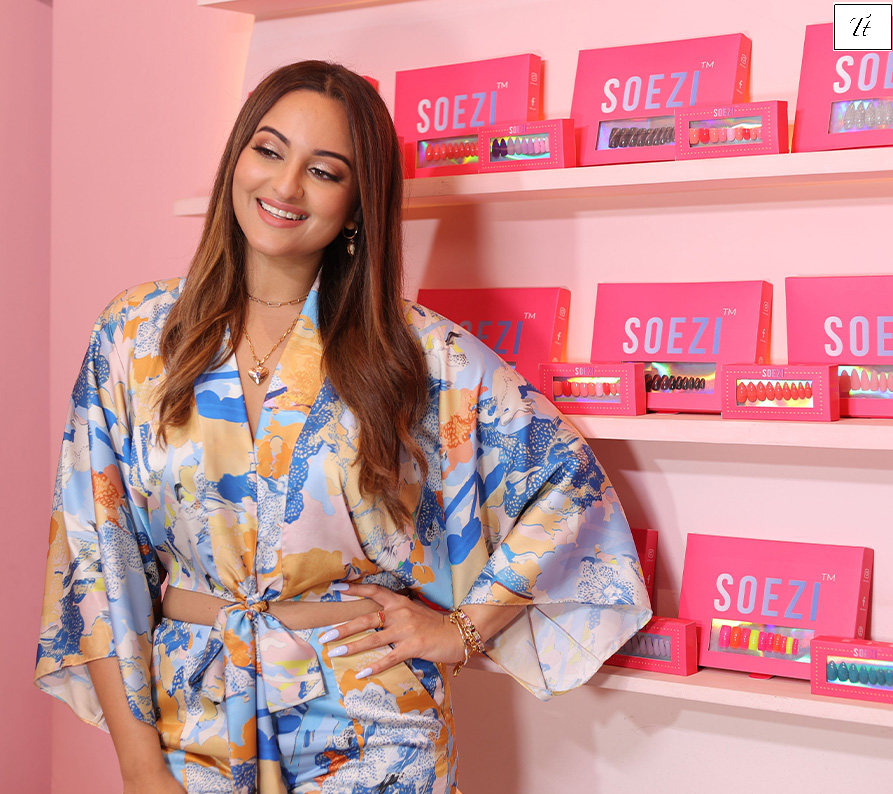 A lot of the time, Sonakshi Sinha’s personality is boosted by makeup, hair, and, incredibly, her nail glam! Sonakshi Sinha is recognized for her daring and unique silver screen performances that have shattered records! This Bollywood diva is interested in groomed nails, but she quickly learned that maintaining well-groomed nails that go with every costume, attitude, and occasion is difficult! She intervened as a result and began her own business, SOEZI.