Royal Enfield has been a little bit on the down low for a while now. But it seems that the two-wheeler manufacturer is ready to make some noise as it braces for the launch of next Royal Enfield bike in India. Yep, we have news about the Royal Enfield Meteor 350 launch: Sources have confirmed that Royal Enfield will launch the new bike in India in September, i.e. next month. While we do not have an exact date yet, the sources assure that the RE Meteor 350 release date is not too far away now.

Set to replace the Royal Enfield Thunderbird 350, the RE Meteor 350 bike will be underpinned by a brand new platform. And as the name suggests, the upcoming bike in India will come powered by a 350 cc engine as well. But this motor won’t be the same as the one that powered the RE Thunderbird 350; i.e. Meteor will get a brand new 350 cc engine. It will be BS6 compliant, of course.

The Royal Enfield Meteor 350 will replace the now discontinued Thunderbird 350X. RE had to rename the bike as ‘Thunderbird’ is trademarked in foreign markets and for this purpose, the older Thunderbird was rebadged as the Rumbler in a few countries. In terms of styling, the new bike is similar to the Thunderbird 350X with minor tweaks in the form of a single-pod instrument console as well as redesigned tail light and seats. RE is expected to offer a range of accessories on the Meteor 350 including different handlebar options. 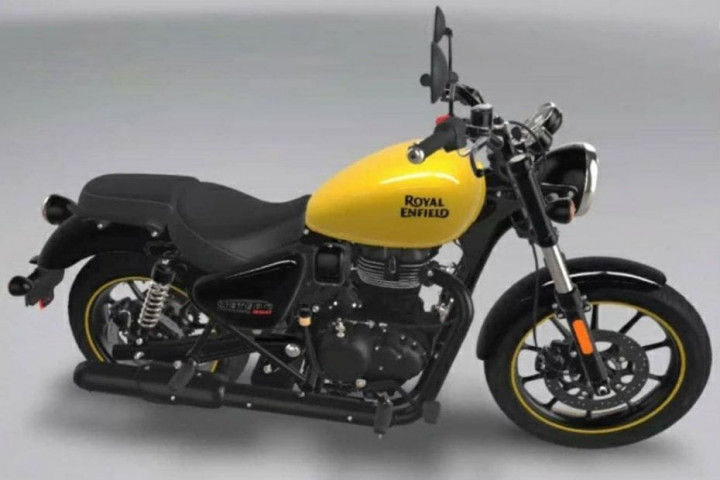 The biggest update is the addition of an all-new chassis and a new air-cooled and fuel-injected motor with a displacement of around 350cc. While details about the new engine are scarce, our sources suggest the new engine will offer improved refinement and performance. Going by the finesse offered by the 650cc motors, we have high expectations from this new powerplant.

Now, Royal Enfield has, of course, not revealed the bike or even offered teasers just yet. But based on the leaked images of the bike, we believe the Royal Enfield Meteor 350 will come feature an instrument console with two circular units. And as for features, we reckon the company will equip it with run-of-the-mill provisions, Bluetooth connectivity.

While the confirmation about RE Meteor 350’s price will come only when the bike becomes available for retail here, but according to one of the older leaked images, its price tag will be similar to that of the RE Thunderbird 350 X. To cut a long story short, we believe the Royal Enfield Meteor 350’s price in India will be somewhere around ₹1.6 lakh (ex-showroom).

Also Read: Jawa Perak launched : All the important details you need to know