Cristiano Ronaldo tested positive for Coronavirus and will miss the UEFA Nations League game against Sweden. Ronaldo testing positive for the deadly virus will come as a huge setback for Portugal. The star striker has been released by his national side and will be in self-isolation till he recovers. 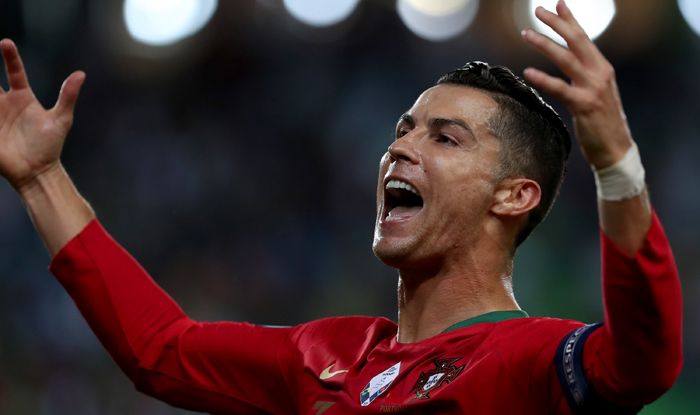 The Portuguese Football Federation confirmed the news in an official statement on Tuesday, which reads: “Cristiano Ronaldo was released from training with the national team after a positive test for Covid-19, so he will not face Sweden.

The Juventus forward who has been voted the world’s top player five times played 90 minutes in Portugal’s goalless Nations League draw against France as the 0-0 draw in the friendly against Spain.

The federation said Ronaldo’s result prompted another round of tests for the rest of the Portugal squad. It said everyone else in the team tested negative.

“The Portugal international is doing well, without symptoms, and in isolation.

Ronaldo will sit out Portugal’s Nation’s League meeting with Sweden on Wednesday night as he begins a ten-day period of self-isolation.

The 35-year-old is also set to miss Juventus’ trip to Crotone in Serie A this weekend, as well as their Champions League group stage opener against Dynamo Kiev on October 20.

It is also unsure as to whether Ronaldo will be able to feature against Barcelona as he must be completely covid-free at least one week before the clash, which is scheduled for the 28th.

The Seleccao skipper played the full 90 minutes of Portugal’s 0-0 draw with 2018 World Cup winners France on Sunday, winning his 167th international cap in the process.

That result ensured that Fernando Santos’ side stayed top of League A, Group 3 on goal difference ahead of Les Bleus, with Croatia four points further back in third.

Ronaldo had been in the top form prior to the clash with France, scoring three goals in his first two appearances at the start of Juve’s latest domestic campaign.

He was, however, denied the chance to add to that tally when the Bianconeri’s home fixture against Napoli on October 4 was postponed in controversial fashion.

Two players from Napoli’s squad tested positive for Covid-19 ahead of the meeting at the Allianz Stadium, and they were subsequently prevented from traveling by the local health authority (ASL).

Juve was angered by the postponement as they claimed protocols had been breached, but the president of the Campania region of Italy, Vincenzo De Luca, said the Partenopei deserved thanks for protecting Ronaldo from the virus.

Ronaldo has scored 101 goals for Portugal and will be a huge absence for his team against Sweden as they aim to hold on to a top spot in their group. Portugal and France lead Group 3 with seven points each after three matches.

He will now be doubtful for Juve’s Serie A trip to Crotone on Saturday and its Champions League group stage opening game away to Dynamo Kiev next Tuesday.