To Recall, Realme launched the Realme X and Realme X Lite in China back in May. While the latter is actually a rebrand of the Realme 3 Pro sold in India, the former is an entirely new device. The Realme X’s Indian launch was teased a few days ago but a date wasn’t revealed. Now we know when the phone will be announced. 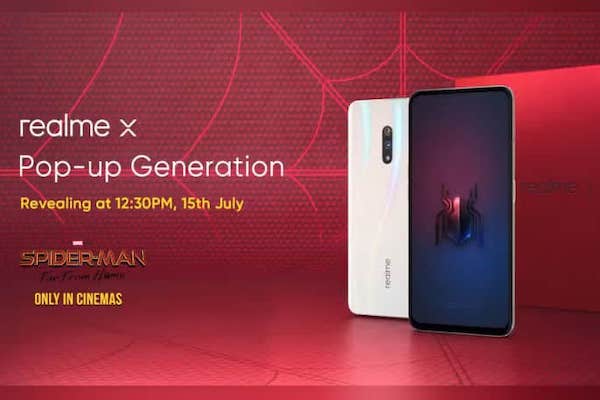 The highlight of the smartphone is its 6.53-inch Full HD+ edge-to-edge AMOLED display with 19.5:9 aspect ratio, and resolution of 2340×1080 pixels. And there is no notch, thanks to the rising selfie camera.
The camera has a resolution of 16-megapixel and Realme is using a Sony IMX471 sensor.
The phone also has dual rear cameras (48MP + 5MP), an in-display fingerprint sensor, an audio jack, Type-C port, and a 3765mAh battery with support for VOOC 3.0 (20W) fast charging. It runs ColorOS 6 based on Android 9 Pie.