What Is RCEP Agreement: Why India Decided Not To Join

The RCEP comprises 10 Asean nations and six of its FTA (free trade agreement) partners – China, Japan, South Korea, India, Australia and New Zealand. The RCEP aims to facilitate the creation of the biggest free-trade region in the world as the 16-nation grouping is home to 3.6 billion people or nearly half the world’s population. 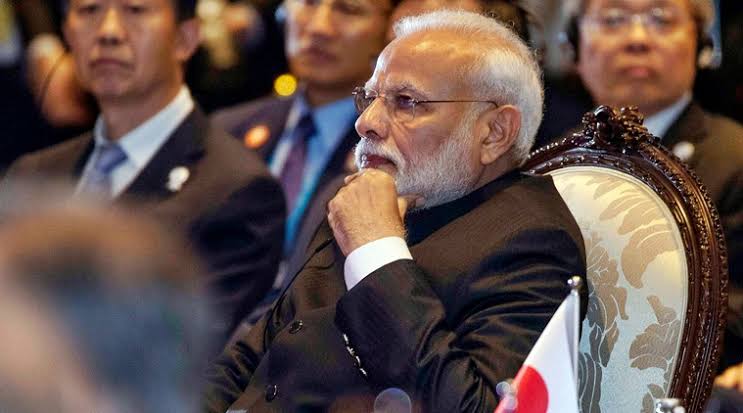 WHAT IS RCEP Agreement:

RCEP negotiations were formally launched in November 2012 at the ASEAN Summit in Cambodia. In 2017, the 16 prospective signatories accounted for a population of 3.4 billion people with a total Gross Domestic Product (GDP, PPP) of $49.5 trillion, approximately 39 per cent of the world’s GDP.

Here Were Some Of The Key Concerns Raised By India:

1- The RCEP failed to addressed some of the core concerns raised by India, such as the threat of circumvention of Rules of Origin due to tariff differential, the inclusion of fair agreement to address the issues of trade deficits and opening of services.

2- Indian negotiators had also questioned the design of the trade agreement, which will see elimination of import duties on 80-90% of goods, along with easier services and investment rules. For India, the big concern was goods trade as domestic industry fears that lower customs duty will see a flood of imports, especially from China, with which India has a massive trade deficit.

3- In its negotiations, the government had also raised the issue of unavailability of MFN (Most Favoured Nation) obligations, where it would be forced to give similar benefits to RCEP countries that it gave to others.

4- India had raised a red flag over the move to use 2014 as the base year for tariff reduction. While RCEP negotiators wanted to sign the deal in 2020, the new tariff regime will kick in from 2022 and will see duties go back to 2014 levels.

5- In his speech at the RCEP summit, PM Modi said, “The present form of the RCEP Agreement does not fully reflect the basic spirit and the agreed guiding principles of RCEP. It also does not address satisfactorily India’s outstanding issues and concerns In such a situation, it is not possible for India to join the RCEP Agreement.

PM Modi: Our farmers, traders, professionals and industries have stakes in such decisions. Equally important are the workers and consumers, who make India a huge market and the third biggest economy in terms of purchasing power parity. When I measure the RCEP Agreement with respect to the interests of all Indians, I do not get a positive answer. Therefore, neither the Talisman of Gandhiji nor my own conscience permits me to join RCEP.

Earlier, under the UPA government, India had opened 74% of its market to ASEAN countries but richer countries like Indonesia opened only 50% of their markets for India. It also agreed to explore an India-China FTA in 2007 and join RCEP negotiations with China in 2011-12. However, the impact of these decisions resulted in increased trade deficit with RCEP nations – from $7 billion in 2004 to $78 billion in 2014.