Sindhu is also the second women shuttler to have five medals and the third to have medals in all three colours.

Sindhu was called “choker”. It was said she was “not yet gold standard”. Sindhu had won two bronze medals at World Championships even before she made a Superseries final. At 22, she became the first ever female athlete to win a silver at the Olympics. However, the lack of a gold medal in her illustrious CV was highlighted more often than not.

As Sindhu pointed out, questions were asked “over and over” over her inability to finish on the top step of the podium at major events. Her temperament and her big-match skills were doubted. 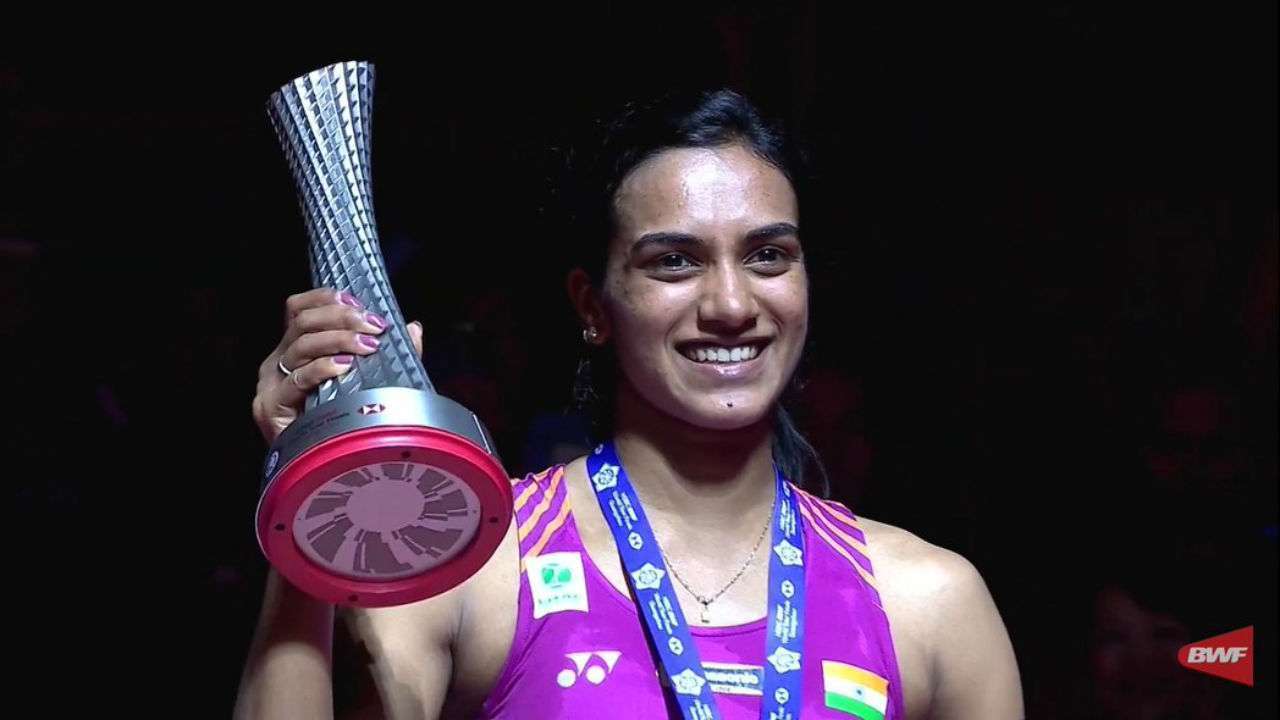 On Sunday, Sindhu let her racket do the talking in Basel.

“This is my answer to people who have asked questions over and over. I just wanted to answer with my racket and with this win — that’s all,” PV Sindhu said after becoming the first-ever badminton (senior) world champion from India.

Sindhu needed just 38 minutes to do so on Sunday.

The agonising 3-game defeat in Glasgow seemed a distant past when Sindhu was making light work of Okuhara’s challenge. The Japanese shuttler had no clue to what hit her in those 38 minutes. Sindhu’s aggressive approach and single-mindedness was too good for the former world champion at St. Jakobshalle.

In the drift-free arena that was chanting her name throughout the gold medal match, Sindhu bulldozed her way into unquestionable greatness.

Sindhu felt goosebumps when the Indian national anthem was played during the medal ceremony. The sight of the gold medal hanging around her neck would have given millions back in the country goosebumps.

Okuhara went on to take just three more points in the second period as Sindhu continued to storm her way to the title. Once again, she managed to get over the line on her first match point.

This was the 16th match between Sindhu and Okuhara. Sindhu now leads 9-7 head-to-head, including three victories in the last five meetings before Sunday’s clash.

Both players had not won a title this year. While Okuhara reached the final after a hard-fought 17-21, 21-18, 21-15 win against Thailand’s Ratchanok Intanon, Sindhu swatted aside China’s Chen Yu Fei 21-7, 21-14 in her semifinal clash.

This is Sindhu’s fifth medal at the World Championships, which is the joint highest in women’s singles in the history of the tournament along with Xhang Ning of China, a two-time Olympic gold medallist. Apart from the two silvers, Sindhu won in the last two editions, she had also won the bronze in 2013 and 2014.