US President Donald Trump offers to mediate in Kashmir between India and Pakistan on Monday ahead of a meeting with Pakistani Prime Minister Imran Khan. The offer – his third – came barely 24 hours after he shared the stage with Prime Minister Narendra Modi at a huge public meeting in Houston and emphasised the US stand to “free the world of radical Islamic terrorism”.

At the beginning of Monday’s meeting with Imran Khan, President Trump said if both Mr Khan and PM Modi wanted him to mediate an agreement between them on Kashmir, he was “ready, willing and able”.

Earlier too, during meetings with Imran Khan in which the Pakistan President had raised the Kashmir issue, President Trump had talked of mediation between Islamabad and New Delhi. But India had said a firm “no”, reiterating that Kashmir was a bilateral issue. 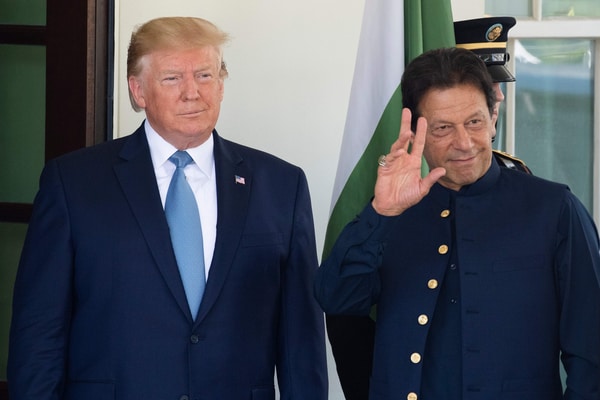 In his address on Sunday, PM Modi launched into a strong attack on Pakistan, which is also attending the UN General Assembly and is expected to raise Kashmir. Without naming the country, he said they have “made hatred towards India the centre of their agenda. They support terror, they harbour terrorists”.

“Whether it is 9/11 in America or 26/11 in Mumbai, where are its conspirators found? Not just you, the whole world knows who these people are,” he added.

On his part, President Trump had vowed to protect innocent civilians from the threat of radical Islamic terrorism and enforcing border security.

But asked if he agreed with India’s stand that Pakistan is a base for terrorists, President Trump said, “I have been pointing much more to Iran”. Describing PM Modi’s comments on Pakistan at the Houston event on Sunday as “very aggressive”, President Trump, however, added that it was “well-received” by the 50,000-strong Indian-Americans who were attending the programme.

On US-Pakistan ties, Trump said: “People in my position have treated Pakistan very badly… I trust Pakistan but people before me didn’t, but they didn’t know what they were doing,” he said in response to a question.