“The mind is not ready to believe that Atal Ji is no longer with us,” PM Modi said on the former prime minister, who died in August. Atal Bihari Vajpayee was “a stalwart loved and respected across all sections of society,” PM Modi said at the function attended by top BJP leaders and ministers. 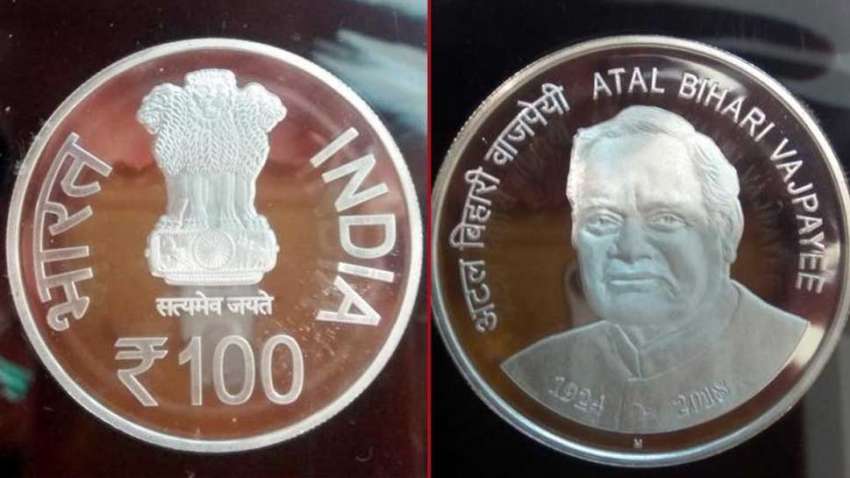 The 100-rupee coin with the image of the former prime minister has his name inscribed in Hindi and English. The coin weighs 35 grams and has the years 1924 and 2018 inscribed to mark the years of Mr Vajpayee’s birth and death. The reverse side of the coin features a portrait of Atal Bihari Vajapyee and his name inscribed in both Devanagari and Roman. The years 1924 and 2018 are inscribed below Vajpayee’s portrait to mark the year of his birth and death respectively

Speaking at the event to release the commemorative coin this morning, PM Narendra Modi remembered Atal Bihari Vajpayee’s master oratory and his commitment to the Bharatiya Janata Party. Vajpayee was “unparalleled” as a speaker and was among the best orators India has produced. Vajpayee “never compromised ” on the BJP’s ideology and was not hungry for power, PM Modi said.

Atal Bihari Vajpayee died on August 16 at the age of 93. He was the prime minister of the country for 13 days in 1996, 13 months in 1998 and for almost 6 years from 1999. Various places have been renamed after him in tribute. Four Himalayan peaks have been named after him. Chhattisgarh’s Naya Raipur has also been renamed as Atal Nagar.

Also Read : Bank Strike : Banks To Be Closed For 3 Days