Love Birds: Sidharth and Kiara will make their relationship official by tying the wedding knot

Reportedly, Sid and Kiara will exchange vows in front of their loved ones and friends in a private ceremony. Adorable couple Sidharth Malhotra and Kiara Advani from the movie Shershaah have frequently made headlines for their blossoming romance. The couple has consistently garnered headlines for their supposed relationship, whether it be due to breakup rumors or reports of a reunion. According to the most recent rumors, it is now considered that the two are going to wed in April of next year in a private ceremony without any Bollywood celebrities. 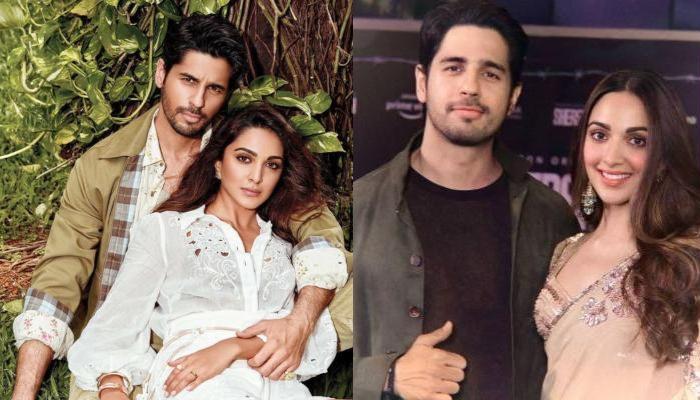 It is rumored that their friends and families will attend the wedding. The ceremony will take place at Sidharth Malhotra’s home in Delhi, according to the article. A cocktail party will be held later, and they have chosen to have a documented ceremony rather than a lavish Bollywood-style ceremony.

Hints given by Sidharth and Kiara on Koffee with Karan sets

When Kiara went on Koffee with Karan by Karan Johar, the filmmaker questioned her about her wedding plans. The actor was hesitant when  Karan’s invited him to her marriage. Kaira answered “I’ve always supported the institution of marriage because I’ve witnessed a lovely marriage in my own family. I want to experience that in my life, but I won’t share any details on Koffee with Karan,  Kiara remembers that the wrap party for Lust Stories was where she first met Sidharth.

On the show, Sidharth was questioned by Karan about his upcoming marriage to Kiara. He skillfully sidestepped the subject by responding, “I am envisioning a brighter and positive future.” With Kiara? the host inquired. Sidharth responded, “If it was Kiara, that would be amazing.

The two were last seen together in Shershaah and are allegedly dating since then. Their on-screen chemistry is adored by their followers, and the pair have been dating for almost three years now. Kiara Advani and Sidharth Malhotra are one of Bollywood’s most adored rumored couples, and they stop at nothing to make the town crimson with their love. Although the two have been capable of keeping their relationship a mystery, paparazzi and social media have been able to figure out what is going on between them.