Triple Screen phone Is Now Possible:LG May Launch In IFA 2019

LG is teasing a smartphone that could have as many as three screens in a short trailer for its press conference at IFA 2019. 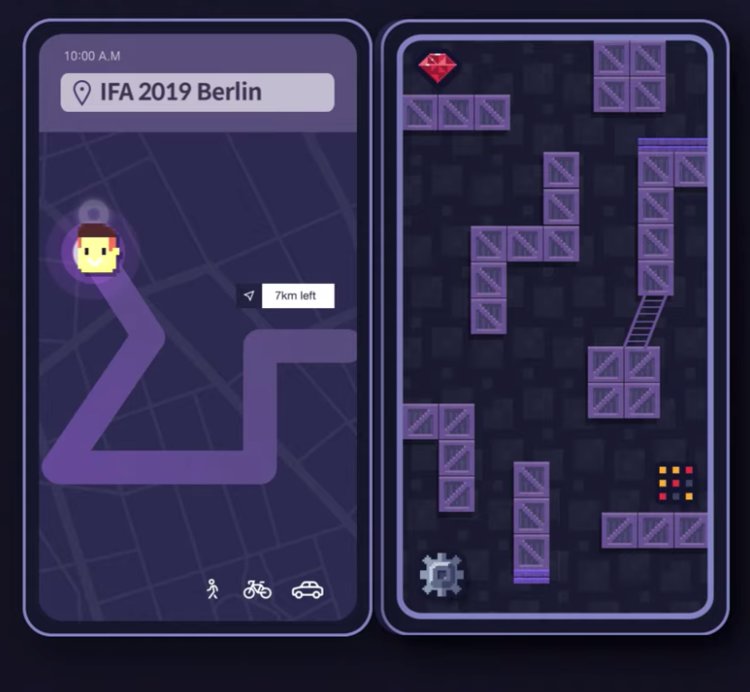 The 20-second-long video which the company shared on YouTube from its LG Mobile Global account shows a small smartphone-based video game character moving on a screen before a second screen opens up and it hops on to the second three to arrive at its destination. The screen then closes – like it would it case of a foldable-display phone – to bring the viewers to a small screen in the front of the phone that displays the date and time.

It’s a very similar concept to the LG V50 ThinQ’s second screen case accessory that LG showed off earlier this year during the phone’s reveal at Mobile World Congress. However, this detachable accessory which was never released didn’t have the additional screen on its exterior, which appears to be new for this version.

Instead of a folding screen, both the V50 ThinQ’s accessory and this new unannounced lg triple screen phone appear to feature two separate screens which are attached by a hinge, and which do not bend like the displays on the Samsung Galaxy Fold or Huawei Mate X.Beyond what’s teased in the video, we don’t know too much more about what LG is preparing to announce at the show

LG is reportedly planning to launch a new M-series in India. Earlier in June, the company introduced its W-series in India that currently includes three devices.

LG will host an event on September 6, 2019 in Berlin at 10AM ET (7:30PM IST) where the company will make its next big announcement.