JioFiber Set-top Box Being Given to Customers Opting for Paid Plans, Preview Offer No Longer Available

New subscribers who hope to receive the JioFiber set-top box and enjoy the full bouquet of services that are offered along with it will now have to opt for the paid plans. The ‘Preview Offer’ or the two months of free JioFiber services that were being offered to consumers is now no longer available. 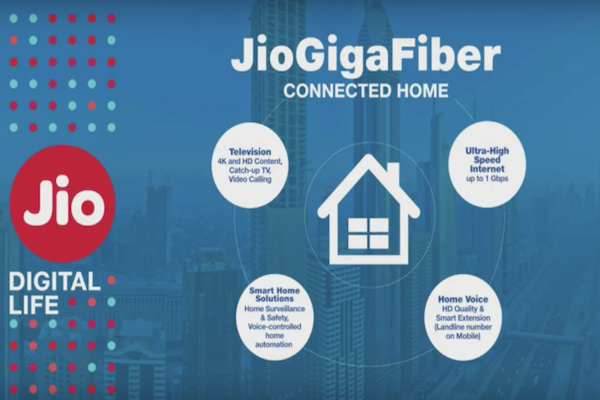 The same has been stated by users on social media as well. “Recently JioFiber introduced in my area. They are asking compulsorily to make a plan. But a few of my friends are still using it for free. Please intervene and help,” user on twitter on Twitter.

Nevertheless, those enjoying free services currently may all be old subscribers while the new customers are being asked to pay a one-time payment (security deposit + non-refundable installation) of Rs 2,500 (1,500 + 1,000) as well as opt for any plan that was announced in the first week of September. Furthermore, existing users who had opted for JioFiber services when they were free are being migrated slowly to the paid plans as well, and only once they opt for a paid plan could they be provided with a set-top box.

The same has been updated on the official Jio website as well. “JioFiber gives you ultra-high-speed internet up to 1Gbps with access to Jio & other Premium OTT Apps. Apart from this, a JioFiber user gets access to a TV to TV calling, Jio Security, Home Networking and many more features. For detail of plans and offers visit https://www.jio.com/fiber/en-in/plans,” says the Jio website, which no longer mentions free data.

JioFiber set-top box and other services such as a subscription to OTT apps such as Hotstar, Voot, JioCinema, JioSaavn, YouTube and so on, have begun to roll-out for new consumers, and old customers may receive the services by December 2019.