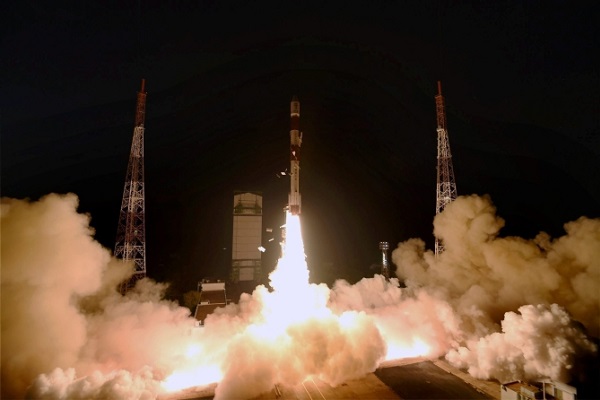 The Indian Space Research Organisation’s navigation satellite INRSS-1I was launched Thursday by PSLV-C41 from the spaceport here and successfully placed in the designated orbit. PSLV-C41/IRNSS-1I Mission blasted off at 4.04 am from the first launchpad at the Sathish Dhawan Space Centre. It was a normal lift-off, ISRO officials said.

The workhorse, PSLV, injected the satellite into orbit 19 minutes after lift-off from the Sathish Dhawan Space Centre here.

ISRO Chairman K Sivan described the mission as a success and congratulated the scientists behind it. He said IRNSS-1I was successfully placed in the designated orbit.

The launch is ISRO’s second attempt at sending a replacement satellite.

The previous mission of a PSLV carrying IRNSS-1H in August last year failed after the heat shield covering the satellite failed to separate.

The IRNSS-1I mission takes place two weeks after the space agency launched GSAT-6A on board GSLV Mk-II. Though the rocket placed GSAT-6A in orbit, the ISRO lost communication with the satellite within two days.