Nearly 200 rockets were fired from the Gaza Strip into Israel on Tuesday hours after an Israeli airstrike targeted and killed a senior Islamic Jihad commander in Gaza in the most serious escalation of violence in months.

Israeli Prime Minister Benjamin Netanyahu said in a statement Tuesday that Abu el-Atta was the mastermind of many recent attacks against Israel and was a “ticking bomb.”

Less than two hours after the strike, sirens sounded in central and southern Israel warning of incoming rockets from Gaza. Around 50 rockets were fired at Israel early Tuesday, with “dozens” more set off later in the day, the Israeli military said.

Forty-seven Israelis were wounded, including two hurt by rocket shrapnel, according to the country’s emergency medical services. Gaza’s health ministry said seven Palestinians were killed, with another 30 wounded. 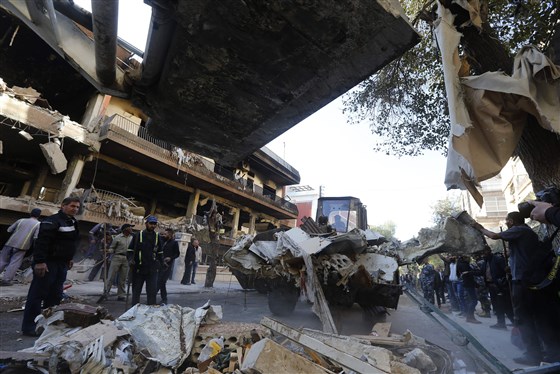 The Israeli military said its “Iron Dome” aerial defence system had intercepted “dozens” of the approximately 190 rockets, and it released footage of a rocket hitting an Israeli highway, narrowly missing two cars. Schools and businesses were closed across southern Israel.

“The barrage of rockets being fired by Islamic Jihad in #Gaza at Israeli civilians after our surgical strike on their commander shows exactly why he was targeted in the first place,” the Israel Defense Forces said on Twitter.

The United States condemns the rockets on Israelis, according to a tweet from President Donald Trump’s special representative for international negotiations, Avi Berkowitz.

The Israeli military said that throughout the day, Israeli jets targeted further Islamic Jihad sites in Gaza, including a training facility, a tunnel, and underground weapons production and storage areas. The Israeli Air Force also said that it killed two fighters from the organization’s rocket-launching unit.

The Islamic Jihad said Abu el-Atta, 42, was undergoing “a heroic act” when he was assassinated.

In a statement, the militant group said: “These terrorist crimes are aggression and a declaration of war against the Palestinian people, and the enemy bears full responsibility for them.”

Islamic Jihad is the second-largest militant group in Gaza and is supported by Iran. It and Hamas, which runs Gaza, vow to destroy Israel and are considered terrorist groups by the United States.

A spokesman for Hamas warned that Israel’s actions could provoke more violence.

“The Zionist enemy’s assassination of the leader Mujahid Bahaa Abu al-Atta is a dangerous escalation, and the continuation of the series of aggression and criminality against our people and its valiant resistance,” spokesman Fawzi Barhoum said.

In a sign that it may want to reduce the potential for a wider conflict, Israel, which usually holds Hamas responsible for attacks originating from Gaza, has avoided striking Hamas targets or even mentioning the name of the organization in briefings.