Players to watch out for at the IPL 2020 auction

As always, the overseas players in the auction will be the major attraction during the IPL 2020 Auction. All the fans will eagerly wait for the turn of their favorite overseas players to check whether their favorite team is going after him or not. As many as 143 foreign players are shortlisted for the upcoming IPL 2020 auction, which will make it a must-watch event for the fans. 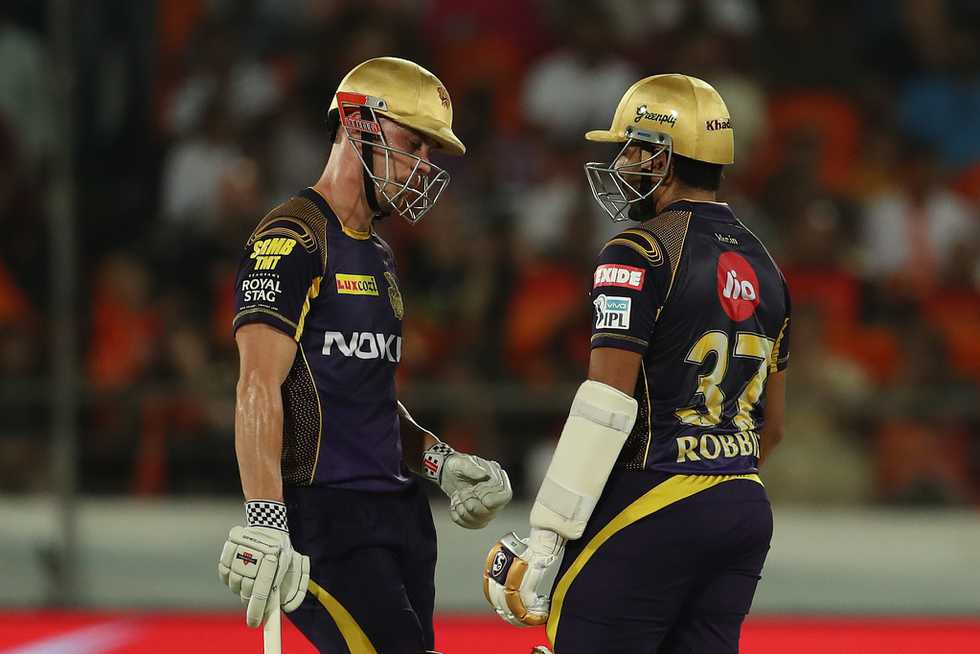 Australia coach Justin Langer may have put an incredibly tough proposition in front of Chris Lynn – of having to dislodge one of David Warner, Aaron Finch, Glenn Maxwell or Steve Smith – to make it to the national side, but the big-hitting Queenslander isn’t going to die without trying. His most recent cricketing exploits – 371 runs in 8 T10 innings at a strike rate of 236.30 – included a 30-ball 91, a 31-ball 61 and a 33-ball 89, making KKR’s decision of not retaining him look a bit silly. They afterall have shown great faith in him over the last few years and shrugged off interest from four other teams to secure his services for INR 9.60 crore in the 2018 auction. With the second fattest remaining purse (INR 35.65 Crore), they might gladly dive into another five-way battle, if it comes to that. What remains to be seen if they can nick him away a price lower than what they paid two years ago.

The Australian returns to the auction after having skipped the 2019 edition of the tournament, and could once again have multiple suitors. Maxwell’s best season in the IPL came way back in 2014, but even as recently as 2018, franchises have seen it fit to trust the inherent match-turning skills that he could bring to the table. Delhi Capitals paid INR 9 crore for him in that auction, a massive overpayment considering his paltry returns of 169 runs in 12 matches at an average of 14.08. But an overall IPL strike rate of 161.13 – accumulated over seven seasons – and his fantastic returns in T20Is this year – knocks of 62, 56 and 113* – makes him a viable acquisition once again.

Since RCB fought off competition from four other franchises – SRH, KXIP, DC and RR – in last year’s auction to prise away the young West Indian for INR 4.2 Crore, he has seen a downturn in form. He played just five games in IPL 2019 and hasn’t even come close to setting the stage on fire in T20I in this period… until the ongoing India series. A 56 and 134 (in a victory) in the first T20I and ODI means the dwindling form leading up to this point could be excused by the franchises, considering there will be some value they’d like to place on potential – which Hetmyer brings in a truckload as a middle-order biffer. There’s more than one franchise that’s looking to rebuild from ground zero, and could see him fit into their scheme of things. Another multi-team scrap for Hetmyer? Likely.

Robin Uthappa comes with an asterisk. In him, there’s an experienced domestic top-order batsman, a rare commodity in smaller auction like this one, who has even played a significant role in a title-winning campaign (KKR in 2014). But the bone of contention, and a rather big one at that, is the diminishing skills that first helped him cut it as one of the finest in the league. From the evidence of the 2019 season, it seems clear that Uthappa’s timing game is off and his strike rate is on a downward spiral – two big red flags for a top-order batsman. But if teams take the punt of writing off his 2019 form as an aberration amidst a decade of success [in only two seasons since 2010 has Uthappa aggregated less than 350 runs], there’s still hope for the 34-year-old.

The 21-year-old has been the product of domestic T20 tournament in England – the T20 Blast – and has caught the fancy of many – including the England selectors – courtesy of his innovative and effective power game. His most recent outing – last month – involved a 28-ball 80, with nine fours and six sixes, in the T10 league where he finished with a strike rate of 200. This comes after amassing 549 runs in the T20 Blast this year at a strike rate of 161.47 – including 67 fours and 23 sixes during the course of the competition. Banton could be just the sort of batsman that teams in the IPL could employ to exploit the PowerPlay overs.

Teams looking for an overseas fast-bowling spearhead should look no further than Australian pacer. He finished on top of the wickets charts for Delhi Daredevils in the 2017 season – 15 wickets from 12 games – before missing the 2018 season for Mumbai Indians through a back injury. Cummins his since put his injury woes behind and could be a smart acquisition, considering he can also indulge in a bit of lower-order tonking with the bat. Cummins picked six wickets in three games against Sri Lanka and one in two against Pakistan in recently-concluded home series, which highlighted his death bowling prowess.

Cottrell comes with a relatively cheap base price but a massive reputation that could yet result in a bidding war. Reason: Left-arm pacers are few and far between – at least the really good and impactful ones. Cottrell turned heads during an entertaining World Cup performance this year – 12 wickets in nine fixtures – and boasts of a lot of qualities in his arsenal that are required of fast bowlers in the shortest format too. Cottrell has proved – more so in the recent T20Is against India – that he can toggle between bowling in the late 130kmph, yorking batsmen and slipping in cutters and slower bouncers to good effect.

The fitness is back, the workload is light and there’s recent point of reference for form – 15 wickets in 8 matches and an economy rate of 7.09 in the Mzansi Super League that finished on Monday (December 16). There’s also the two games from last season’s IPL when he brought a rare sense of assurance to RCB’s bowling. A franchise or two could be put off by the 2 crore base price, but for a team in search of a bowling leader, he could still be worth the money.

The Mumbai batsman, already being deemed the next graduate from India’s traditional batting hub, made the headlines by becoming the youngest double-centurion in Vijay Hazare Trophy – the 50-over domestic tournament. Besides the record-shattering knock, what also would’ve caught the eye of franchises is the youngster’s appetite for six hitting. The left-hander hit 12 of them in that scintillating knock against Jharkhand, and could be looked at as a destructive top-order batsman for most teams in the league. From the franchises’ point of view, taking an interest in him involves anticipation of him quickly harnessing all the batting potential at a level higher than he’s played at so far. And yet, with a base price of just INR 20 Lakh, he might just be worth a round of aggressive bidding, or two.

A towering left-arm finger spinner who can operate in the PowerPlay overs – what’s not to like about the young Tamil Nadu spinner? Sai Kishore first proved his worth in the Tamil Nadu Premier League (TNPL) before finishing as the highest wicket-taker in the Syed Mushtaq Ali trophy where his side went all the way to the final. He further established his skill in the first six overs, picking a majority of his 20 wickets in that period. With teams constantly looking to refresh their bowling strategies in that period of play, and throwing batsmen off in the process, there should be multiple takers for Sai Kishore.

With nearly 800 runs in 20 T20s at an average of 49.62 and a strike rate of 130.37, the Karnataka batsman should attract bids on Thursday. Besides the numbers, which are impressive, Kadam has also been at the forefront of entire campaigns in the Syed Mushtaq Ali Trophy – making a case for himself as a consistent performer with the bat in the shortest format. He top-scored in the 2018-19 season with 536 runs in 12 innings at a strike rate of 129.78 and then chipped in this year too when Karnataka went all the way to title triumph.

There’s a sense of allure about India’s Under-19 captains in the IPL. From Virat Kohli and Unmukt Chand to Ishan Kishan and Prithvi Shaw, they’ve all been sought after. Priyam Garg too is likely to join the list when he goes under the hammer on December 19. Like Jaiswal, his Under-19 teammate, Garg could be a handy domestic option in the squad – albeit with inferior T20 credentials to the Mumbai batsman. The 19-year-old however, is not short of experience at the domestic level. The Uttar Pradesh side saw it fit to pick the youngster last season – a vote of confidence which he duly repaid with a century on debut against Goa. He went on to finish the season as UP’s second best run-getter and has done admirably well in List A games too – including a 77-ball 74 in the Deodhar Trophy final in a losing cause last month.

A broad-shouldered domestic finisher – like Shahrukh Khan – should be high on the agenda for quite a few franchises. He’s highly rated in the Tamil Nadu camp, and essayed the role of a finisher in Vijay Hazare trophy admirably – scoring a half-century (56* off 46) in the Vijay Hazare trohpy semifinal that took his team to the summit clash. In the Syed Mushtaq Ali trophy, TN often used him at the top of the order, and can be a handy situation-based floater for many sides.

*All the Live Updates will be posted here.