India Vs West Indies T20: Preview, Pitch & Conditions And About The Match

It is quite remarkable how the West Indies team manages to find itself in India before the IPL auction on so many occasions! The T20 series between India and West Indies is about to get underway and we will see both the sides at full strength for this series.

India has often treated T20 cricket as a testing ground for its younger players but with the T20 World Cup on the horizon, the big names are back in the side once again. The West Indies are coming into this series after a loss in the T20 series to Afghanistan and have also made a couple of changes to their side.

The lure of a hefty IPL contract is going to add as a big motivator in this series too. The venues for the first two matches have been swapped and the first match will now be played at Hyderabad.

India vs West Indies T20 2019 is going to be played at the Rajiv Gandhi International Stadium, Hyderabad on the 6th of December 2019. 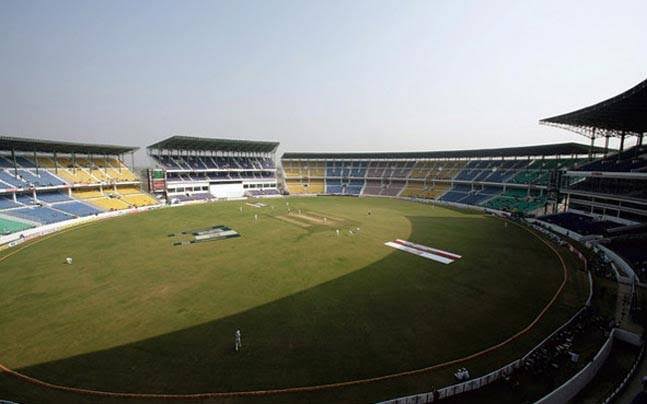 There were five changes originally announced in the squad from the one that faced Bangladesh although an injury to Shikhar Dhawan has allowed Sanju Samson to once again be a part of the squad. This means that Khaleel Ahmed, Shardul Thakur, Rahul Chahar, and Krunal Pandya have all been left out of the squad.

The Indian bowling lineup which appeared to be a bit weak in the series against Bangladesh has got a massive boost. This is close to the squad that we expect to see for the T20 World Cup with the obvious addition of Jasprit Bumrah when he is fit.

India’s batting is going to be well served with Rohit Sharma, Virat Kohli, Shreyas Iyer, KL Rahul, and the two wicket-keepers in the squad. Now that Shikhar Dhawan is not available, it will be interesting to see who India picks as his replacement.

Sanju Samson could open the inning or KL Rahul could move back into that spot, as he has on previous occasions. Virat Kohli has also opened the inning in IPL matches so that remains an option if he wants to try that ahead of the T20 World Cup but we think he is going to stick to number three.

Rishabh Pant was very disappointing against Bangladesh at number 5 and is going to feel the pressure to keep his place. Sanju Samson and Manish Pandey are both breathing down his neck in this squad.

The nature of the wickets will dictate the bowling choices but Deepak Chahar should certainly start the series after recording the best T20 figures in history last time out. Bhuvaneshwar Kumar and Mohammad Shami could both feature in the playing eleven alongside Yuzvendra Chahal as the spinner.

Ravindra Jadeja and Washington Sundar could play as spin-bowling all-rounders to round out the side.

This is a strong Indian side with all the bases covered and it is going to come hard at the West Indies.

There have been some very positive moves in West Indies cricket over the last few years. Players that seemed to have been lost to the T20 leagues are back in national colors and there is a good amount of talent coming through the ranks.

Kieron Pollard has been given the captaincy in white-ball cricket ahead of two back to back T20 World Cups. The squad picked contains the best performers from the Caribbean Premier League and is going to be competitive against any side it plays.

The wicket used in the matches against Afghanistan was not in its favor, but a more balanced set of surfaces could be available in this series.

West Indies has dropped Shai Hope and Alzarri Joseph from the squad that faced Afghanistan. In their places have come Fabian Allen and Denesh Ramdin, who was out injured in the previous series. Nicholas Pooran is not going to be available for the first T20 because of the ban he picked up in the previous series.

The batting for the West Indies is going to include Evin Lewis, Lendl Simmons, Brandon King, Denesh Ramdin, Kieron Pollard, Sherfane Rutherford, and Fabian Allen. This is a strong batting lineup with plenty of experience and T20 success at its back.

Perhaps the biggest challenge for the West Indies is going to be in its bowling. Sheldon Cottrell is going to lead the attack with support from Keemo Paul, Kesrick Williams, Hayden Walsh Jr., and Fabian Allen. This is not a very strong attack and could have real trouble against the strong Indian batting lineup.

There is no chance of rain predicted on match day in Hyderabad and the temperature should be quite pleasant as well. This is a day-night match and dew can play a part, which can make chasing preferable. The pitch at Hyderabad is usually good for batting with some high-scoring encounters played here during the IPL.

On some occasions, though, the pitch has been very slow and offered a lot of help to the bowlers.

We expect a good batting surface for this match. The spinners also have a large role to play with the big boundaries at the venue.