It has been a day of firsts in the ICC World Test Championship as for the first time in the tournament’s history, two matches have ended on the same day. Co-incidentally, both the Tests ended in the host nation’s favour. First, The Aussies won their match against Pakistan by an innings and five runs and then the Indian side crushed Bangladesh in their first day-night Test. 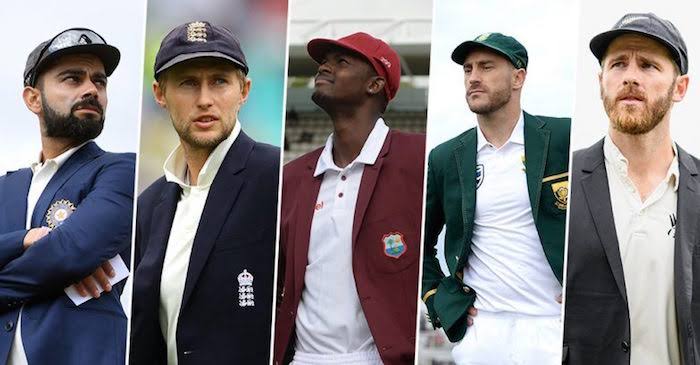 Talking about the game between Australia and Pakistan first, Australia posted a huge total of 580 runs on the board in reply to Pakistan’s first innings score of 240 runs, Marnus Labuschagne and David Warner starred for Australia as they smashed 185 runs and 154 runs, respectively. After taking a lead of 340 runs, Australia bowled out the visiting nation for 335 runs as Josh Hazlewood bagged 4 wickets in the second innings. Babar Azam scored his first hundred Down Under but ultimately, his side lost their World Test Championship opener.

On the other side, the historic first pink-ball test in India ended inside three days as the hosts emerged as the winners. The Virat Kohli-led side whitewashed Bangladesh 2-0 with this resounding win. Both the Test matches of the series finished on Day 3 which showcases India’s dominance.

The Indian bowlers shone in this match as they kept Bangladesh down to just 106 runs in the first innings. Ishant Sharma’s 5-wicket haul turned the tables in India’s favour. The home side declared their first innings at 347/9 thanks to Virat Kohli, Cheteshwar Pujara and Ajinkya Rahane brilliant knocks. Virat led his side from the front as he became the first Indian batsman to score a hundred in a day-night Test. Pujara and Rahane scored a fifty each as India built a huge lead of 241 runs after the 1st innings.

Mushfiqur Rahim huffed and puffed in the second innings but, the Bangladeshi team lost all its wickets for 195 runs. Umesh Yadav and Ishant took 9 wickets between themselves as India won the match by an innings and 48 runs.

Here’s a look at the updated ICC World Test Championship points table after the second Test between India and Bangladesh.

India has registered its 3rd consecutive series win in this tourney as a result, they have 360 points to their name. Australia’s innings win has propelled them to the 2nd spot with 116 points. Bangladesh and Pakistan could not open their account in their opening encounters of the ICC World Test Championship.

While Australia and Pakistan will continue their series, India’s next project under this league is against the mighty New Zealand side. It would be India’s second away series under the ICC World Test Championship hence, it would be intriguing to see if Virat Kohli and co. can continue their domination.