ICC men’s T20 World Cup 2020: Reasons Why Australia Will Be The Best Bet To Lift The Trophy

The 2020 edition will be the seventh T20 World Cup and Australia will be hosting the tournament for the first time since its inception in 2007.

West Indies have won the tournament twice whereas India, Pakistan, England and Sri Lanka have bagged the trophy once in the history of the tournament. 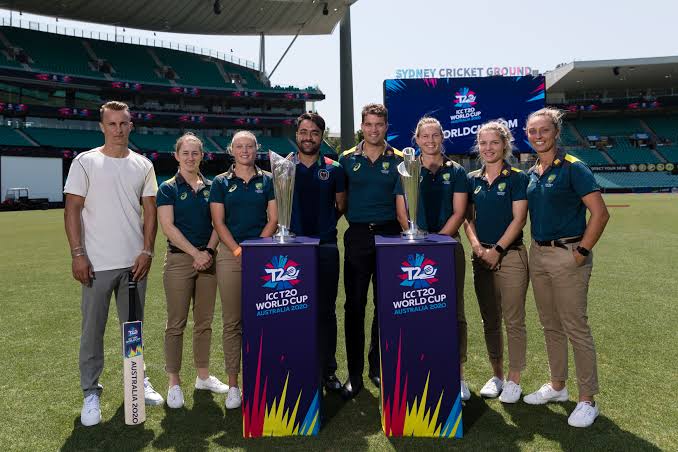 Australia is on a roll in T20 cricket in 2019 and has not lost a single T20I this year. They are ranked number 2 in the ICC T20 international rankings. The return of Warner and Smith to the team has added the much-needed experience at the top of the order. The management is looking to groom young batsmen who have tasted success in the Big Bash League in the middle order and they are starting to make their presence felt in the T20 setup.

The bowling too seems to be in the safe hands of Mitchell Starc, Pat Cummins and Adam Zampa who have considerable experience and have collectively led Australia to many wins in the T20 format.

On that note, here is a look at 3 reasons why the hosts Australia will be one of the favourites for the mega tournament:

2019 has been an exceptional year for Australia in T20 cricket. The second-ranked team in T20 internationals has not lost a single T20 match in the year 2019. The Aussies, in 2019 have won 7 out of 8 matches with 1 game being abandoned due to rain against Pakistan.

Out of the said 7 wins in 2019, 2 have been against India in India, 3 against Sri Lanka at home and 2 against Pakistan at home. Australia’s preparations have been ideal for the upcoming World Cup.

The Aussie players are familiar with the conditions Down Under and have better knowledge and experience in playing at grounds that on an average are bigger than the rest of the world.

#2 Experience And Variety In The Bowling Attack:

The five frontline bowlers of Australia in T20 internationals namely Mitchell Starc, Pat Cummins, Kane Richardson, Adam Zampa and Ashton Agar have an economy of less than 7 in T20Is which has been one of the main reasons for the success of the team.

Apart from the above-mentioned bowlers, Australia able replacements in Billy Stanlake, Sean Abbott and Andrew Tye who have been impressive in the limited opportunities they have played for Australia.

Agar too has done well for Australia in 2019. He has an economy of 5.87 in 23 overs this year which is indeed exceptional. He averages an impressive 19.29 and has picked up 7 wickets in T20 internationals in 2019

In David Warner, Aaron Finch and Steve Smith, Australia have three of the most explosive batsmen in the world who can change the momentum of the game any time they one.

Warner has been in exceptional form since his return to the Australian team. In 2019, he averages 287 in T20s in 6 innings and has scored one century and two half-centuries and has a strike rate of 145.69. Warner looks to bat through the innings and can be a nightmare to bowl to once he gets his eye in.

His opening partner Aaron Finch complements Warner at the top of the order. The right-handed opener averages 35.83 this year in T20 cricket and has a phenomenal strike rate of 158.09.

Glenn Maxwell is another explosive batsman who can change the course of a match in a couple of overs. Though Maxwell withdrew himself for the series against Pakistan due to personal reasons, he is a vital member of the Australian T20 outfit and Australia will be hopeful of his participation in the T20 World Cup in 2020.

Apart from the above-mentioned batsmen, Australia has a big pool of reserves in the likes of Chris Lynn, D’Arch Short and Marcus Stoinis.

Australia is a well-balanced outfit comprising of explosive batsmen, dynamic middle order, all-round depth and an experienced bowling attack which makes them one of the favourites to lift the 2020 ICC Men’s T20 World Cup trophy.