Hima das was congratualted by bollywood celebrities on Twitter after she won the gold medals in Prague.

A 19-year-old athlete’s latest gold medal win came on Saturday in Prague, where she clocked a season-best timing of 52.09 seconds, to win the gold in the 400m race at the Nove Mesto nad Metuji Grand Prix. Hima das personal best is 50.79 seconds, which she recorded at the 2018 Asian Games. 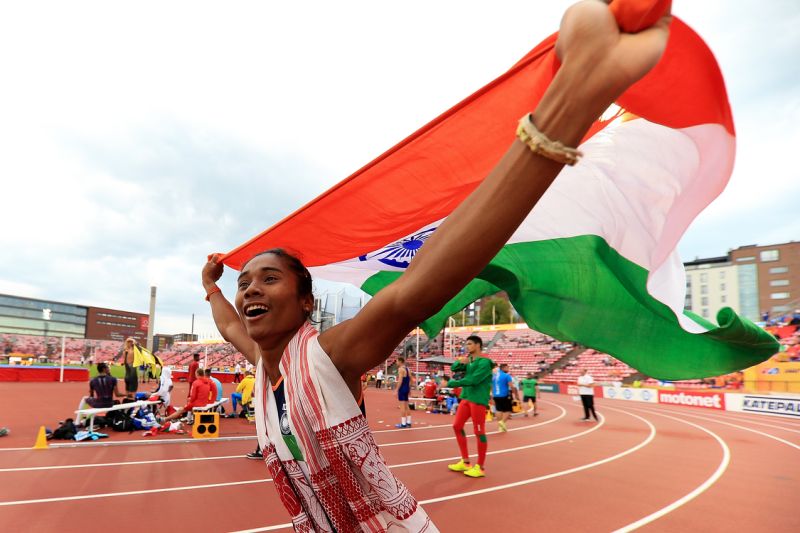 On Monday, Prime Minister Narendra Modi, president Ram Nath Kovind and host of other politicians had tweeted about Hima das. Bollywood stars had done it a day before. A top journalist had shared it as well, captioning it with “goosebumps and tears.” Such emotions, triggered by an old video, show how much we care about trending topics and not necessarily our athletes or their achievements.

Congratulations on winning the 5th gold @HimaDas8! Your act of kindness towards Assam is an inspiration to us all. A great athlete with a heart of gold. Wishing you all the more success! India is proud of you!

Actor Riteish Deshmukh urged people to take inspiration from Hima. “If this doesn’t inspire you …what will ? Fifth gold!!! What a superstar you are, Hima. You are truly India’s Pride. Congratulations.”

Hoping for an Olympic medal from Das based on her recent performances shows ignorance towards the sport which is perhaps just as damaging as apathy.

But before ‘fans’ of the sport start tweeting ‘Olympic medal coming our way, queen of Indian athletics and why is media not showing her’, they should consider one thing: no top-level sportsperson competes in five races over different distances inside 20 days.