Five Things You Didn’t Know GPS Can Do: Some Interesting Ones

From monitoring earthquakes and volcanoes to analysing the atmosphere, GPS can do much more than help you navigate traffic.

GPS consists of a constellation of satellites that send signals to Earth’s surface. A basic receiver, like the one in your smartphone, determines where you are — to within about 1 to 10 meters — by measuring the arrival time of signals from four or more satellites. With fancier (and more expensive) GPS receivers, scientists can pinpoint their locations down to centimetres or even millimetres. Using that fine-grained information, along with new ways to analyze the signals, researchers are discovering that GPS can tell them far more about the planet than they originally thought it could.

Here are some surprising things scientists have only recently realized they could do. 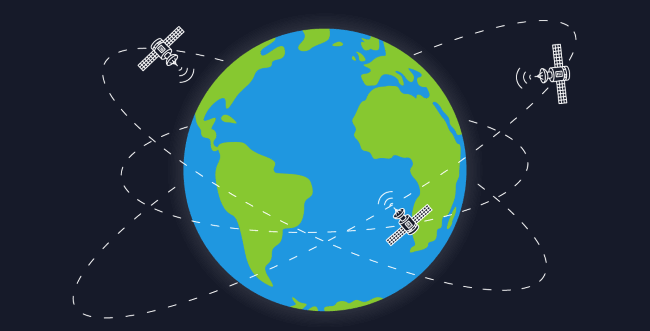 For centuries geoscientists have relied on seismometers, which measure how much the ground is shaking, to assess how big and how bad an earthquake is. GPS receivers served a different purpose — to track geologic processes that happen on much slower scales, such as the rate at which Earth’s great crustal plates grind past one another in the process known as plate tectonics. So GPS might tell scientists the speed at which the opposite sides of the San Andreas Fault are creeping past each other, while seismometers measure the ground shaking when that California fault ruptures in a quake.

Most researchers thought that GPS simply couldn’t measure locations precisely enough, and quickly enough, to be useful in assessing earthquakes. But it turns out that scientists can squeeze extra information out of the signals that GPS satellites transmit to Earth.

Beyond earthquakes, the speed of GPS is helping officials respond more quickly to other natural disasters as they unfold.

Many volcano observatories, for example, have receivers arrayed around the mountains they monitor, because when magma begins shifting underground that often causes the surface to shift as well. By monitoring how GPS stations around a volcano rise or sink over time, researchers can get a better idea about where molten rock is flowing.

Before last year’s big eruption of the Kilauea volcano in Hawaii, researchers used GPS to understand which parts of the volcano were shifting most rapidly. Officials used that information to help decide which areas to evacuate residents from.

GPS data can also be useful even after a volcano has erupted. Because the signals travel from satellites to the ground, they have to pass through whatever material the volcano is ejecting into the air. In 2013, several research groups studied GPS data from an eruption of the Redoubt volcano in Alaska four years earlier and found that the signals became distorted soon after the eruption began.

Some of the most unexpected uses of GPS come from the messiest parts of its signal — the parts that bounce off the ground.

GPS may have started off as a way to measure location on solid ground, but it turns out to be also useful in monitoring changes in water levels.

In July, John Galetzka, an engineer at the UNAVCO geophysics research organization in Boulder, Colorado, found himself installing GPS stations in Bangladesh, at the junction of the Ganges and Brahmaputra rivers. The goal was to measure whether the river sediments are compacting and the land is slowly sinking — making it more vulnerable to flooding during tropical cyclones and sea-level rise. “GPS is an amazing tool to help answer this question and more,” Galetzka says.

Finally, GPS can tease out information about the sky overhead, in ways that scientists hadn’t thought possible until just a few years ago. Water vapour, electrically charged particles, and other factors can delay signals travelling through the atmosphere, and that allows researchers to make new discoveries.