Free Movies for JioFiber Customers: Now, Watch movies at your home the same day they released

Free Movies for JioFiber Customers: Mukesh Ambani on Monday unveiled the plans for his fibre-to-the-home (FTTH) broadband service, JioFiber, wrapped with a host of goodies like lifetime-free voice calls and plans that offer free high-end TV sets and set-top boxes. He shared the ideas at the 42nd annual general meeting of Reliance Industries. He has bundled JioFiber with subscriptions to leading premium video streaming services and intends to introduce a disruptive concept for watching new movies.

“Premium JioFiber customers will be able to watch movies in their living rooms the same day these movies are released in theatres,” he announced.

The commercial launch of the service is set for September 5 and the monthly plans start from Rs 700 and go up to Rs 10,000. While JioFiber has shown a promising proposition, experts feel it will not disrupt the media industry the way Jio had disrupted the telecom sector.
Jio Fiber is currently not commercially available and is only live on a preview basis in major cities like Mumbai, Delhi-NCR, Ahmedabad, Jamnagar, Surat, and Vadodara, etc. As per Jio, the telecom operator had received over 15 million registrations from 1,600 towns during the beta phase and now, the company claims that it will be reaching out to 20 million residents within these towns commercially in the next 12 months. 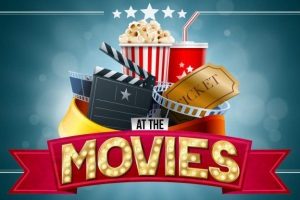 First-day-first-show movie release seems too ambitious as theatres demand an eight-week exclusive window. We will have to see how Jio will circumvent this issue. So, sentimentally, the announcement is negative for PVR and Inox Leisure, but we are not worried yet,” Dokania said. “Pricing (of JioFiber) is attractive but not jaw-dropping and hence, all other broadband players will not have to shut shop tomorrow,” said Rohit Dokania, senior vice-president for research at IDFC Securities.
He, however, added that one has to wait and see what is being offered in the Rs 700 plan.
At the meeting, Reliance Jio also announced that the landline service with Jio Fiber will be offered to customers with free voice calling benefits for life. This could phone service would be bundled with all plans, starting with the most basic Jio Fiber plan that starts at 100MBPS speed and priced at Rs 700.
The company has also announced Free Movies for JioFiber customers. Premium JioFiber Customers can watch new movies at home the same day they are released in theaters. This service will be launched in the middle of 2020.
Another Big announcement made at the AGM was that the company will be extending a Jio Fiber welcome offer. Under the offer, Jio GigaFiber customers opting for the annual plan will get a Full HD Television or a Home PC and a 4K Set-Top-Box absolutely free.
Share