pakistan has suffered another setback at the international stage today as the Asia-Pacific Group of the Financial Action Task Force (FATF), an international anti-money laundering watchdog, has downgraded it and placed it under the list of blacklisted countries.Also reports says that in october fatf blacklisted pakistan due to their negative image.

The Asia-Pacific Group, one of the nine regional affiliates of FATF, has placed Pakistan in the enhanced expedited follow-up list (also known as the blacklist) for its failure to meet its standards.

India Today TV has learnt that APG indentified many shortcomings in Pakistan’s efforts in combating terrorism and money laundering.

Pakistan was adjudged as non-complaint in 32 of the 40 compliance parameters. Despite concerted efforts, Pakistan could not convince the 41-member plenary to upgrade it on any one parameter. 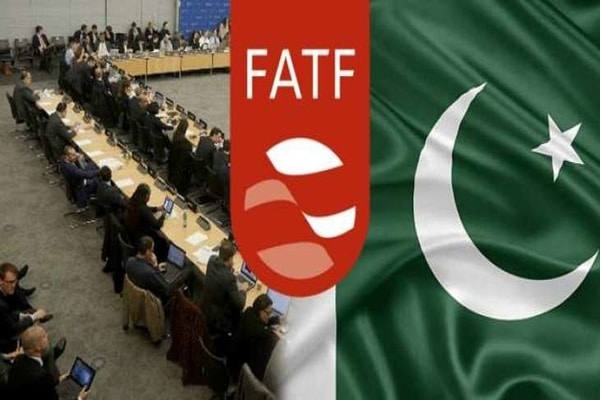 This is worrisome for Pakistan because such rankings will worsen its chances of getting loans from international credit agencies or even attract foreign investments.

On 11 effectiveness parameters of terror financing and money laundering, Pakistan was adjudged as low on 10. The official said despite its efforts, Pakistan could not convince the 41-member plenary to upgrade it on any parameter.

Now, Pakistan has to focus on avoiding the blacklist in October, when the 15-month timeline ends on the FATF’s 27-point action plan, another official said.
Pakistan is currently going through one of its worse economic crisis.

Earlier this month, the US too had urged Pakistan to expand Financial Action Task Force (FATF) safeguards to informal sectors of economy amid its concerns over slow progress on implementation of the 27-point action plan.
A US delegation which has been assessing the on-ground implementation of the 27-point action plan of the FATF took up the matter with federal minister Hammad Azhar, who is also the coordinator on FATF affairs from the civilian side.

The US delegation was visiting Pakistan to have an independent assessment of steps, actions and measures identified during the Florida meetings of the Paris-based anti-money laundering watchdog in June this year and the progress made by Pakistan since then.