A new e-chalan and e-payment system launched for use of Delhi Traffic Police:

Delhi Police Commissioner Amulya Patnaik launched the new e-chalan and e-payment gateway on 19 July 2019, for the use of Delhi Traffic Police. Traffic violators in Delhi will be able to pay challans online as the traffic police are all set to launch its e-payment facility by the end of this month, officials said. With the launch of e-challan and e-payment system, traffic violators can now pay fine online from anywhere, police said.

The payment gateway will help the citizens with the flexibility to log in securely at their convenience and settle the pending violation notices with proof of payment.

Speaking on the occasion, Mr. Patnaik said, this is an important step towards a cashless economy. It also ensures that the citizen interface with police improves and becomes more transparent. 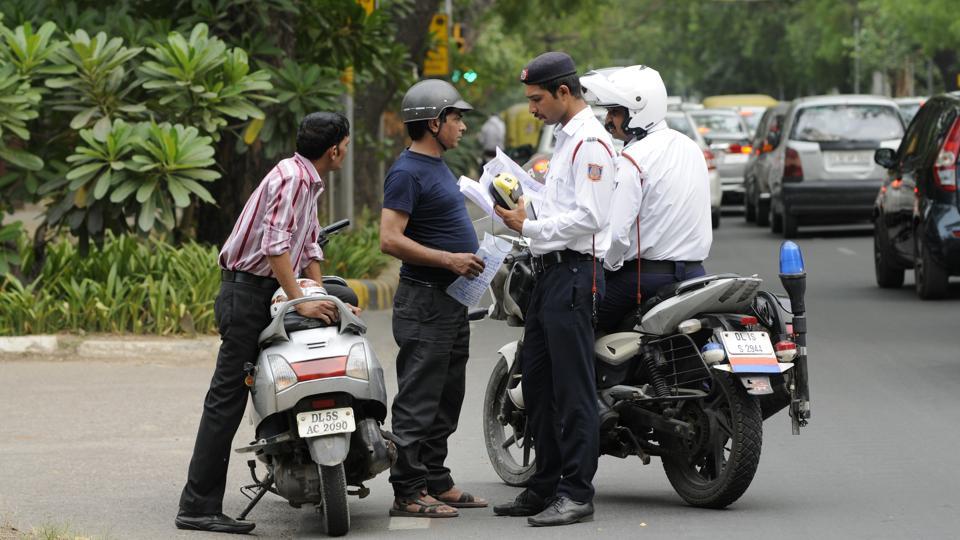 According to the traffic official, around 20,000 challans are generated from e-challan machines every day. These are also called contact challans. “If you are caught for a traffic violation, an e-challan is issued on the spot for which the violator is expected to pay there,” the officer said.

Mr. Patnaik said the e-challan system will integrate all these systems into one holistic professionally managed prosecution and traffic management system that will give a critical fillip to the efforts of achieving safe driving conditions in Delhi.

The e-challan system launched with 1,000 hand-held devices and Android-based operating system with fully integrated software will help citizens login securely at their convenience and settle violation notices with proof of payment in their daily routine, police said.

According to the police, the devices are of industrial grade and 4G-compliant with dual SIM facility and will have fingerprint biometric capturing capacity. They also have digital payment facility.