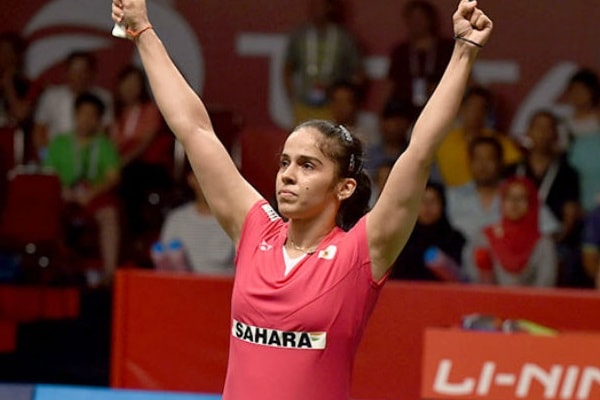 Star Indian shuttler Saina Nehwal defeats World. No. 29 Soniia Cheah from Malaysia in the women’s singles event to earn the Indian badminton team a gold medal, which is the 10th for the nation in the ongoing Commonwealth Games 2018 in Gold Coast, Australia.

The 2010 Commonwealth Games Champion defeated Cheah 21-11 in the first game but the Malaysian returned 19-21 in the second game to keep herself alive in the competition. However, in the final game, it looked neck-and-neck till 9-9, but later Saina kept her nerves to win consecutive points and eventually defeating the Malaysian 21-9.

Saina was earlier involved in a controversy with the IOA related to her father’s inclusion in the Commonwealth Games Gold Coast village. India, thus now have 10 gold, 4 silver and 5 bronze in the ongoing marquee tournament.

Jitu Rai created a new CWG record of 235.1 in the final to claim the gold for India. Australia’s Kerry Bell won silver with 233.5. Om Mitharwal bagged the bronze with 214.3. Earlier, Om enjoyed a promising start to his campaign and emerged as the best shooter in the qualification stage. He equaled the Commonwealth Games (CWG) record on his way to qualifying for the final.