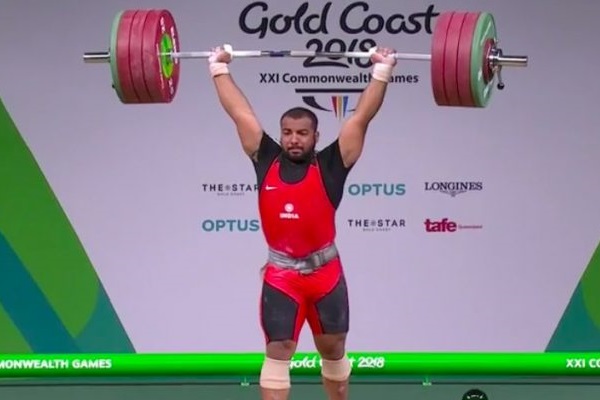 England’s Owen Boxall got the bronze with a total of 351 kg which included 152 kg in snatch and 199 kg in clean and jerk.

This was the seventh medal for India in weightlifting at this year’s CWG.

Vikas Thakur meanwhile, got bronze in the men’s 94 kilogram category on Sunday.

Pardeep was off to a poor start as he failed to clear 148 kg in his opening attempt in the snatch.

But he recovered well by clearing that weight in his second attempt before another successful lift of 152 kg handed him the second spot.

Mao on the other hand, took the lead straight away by lifting 150 kg in his opening attempt. He then needed two attempts to clear 154 kg which gave him a lead of two kilograms after the end of the snatch phase.

Boxall and Ghana’s Richmond Osarfo also cleared 152 kg in the snatch, but Pardeep took the second spot due to a lesser bodyweight.

The clean and jerk saw a bit of a drama as both Mao and Pardeep started off with successful lifts of 200 kg.

The Samoan’s successful bid of 206 kg in his second attempt prompted Pardeep to go for 209 kg which proved unsuccessful.

Mao decided to go for 211 kg in his third and last attempt, prompting Pardeep to list the same weight in a bid to stay in contention for the gold.

The Samoan failed his third attempt, which meant the Indian would have won the gold had he managed a successful lift.

But Pardeep failed to lift 211 kg as well as an emotional, tearful Mao fell to his knees in celebration.