Cricketers Who Have Been To Jail: Check If Your Favourite Is In This List?

Cricket is called a Gentleman’s game but some players couldn’t make up to the mark. With some players getting bad name on non-cricket related activities and some involving on the field and worst scenarios like match-fixing. We look at some reputed cricketers who have been to jail. Not only the overseas athletes, but the list also includes Indian cricketers who ended up on the wrong side of the bars. Prominent Indian cricketers who faced arrests were Vinod Kambli, Amit Mishra, S Sreesanth, and Navjot Singh Sidhu. 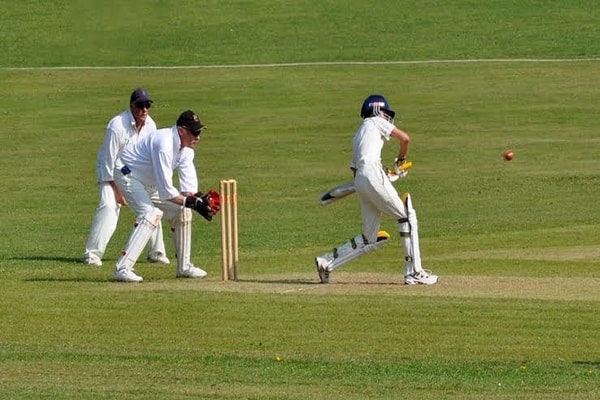 Some Famous Cricketers Who Have Been To Jail Are:

Ben Stokes resurrected his international career from the trail of dark pasts that left him fighting to remove all the misconceptions. The Kiwi-born all-rounder had to face imprisonment after an ‘off-duty’ police officer identified him of performing an assault to protect two gay men. The 28-year old had to spend the night at custody to stand up to the interrogation of the Somerset police.

The victims of the ambush, including the firefighter, was left with a broken eye socket and the nightclub bouncer with blood pouring from his face. Having kept his defence unchanged throughout, Stokes was acquitted from all his charges on 14th August 2018 when the gay couple came forward in his defence.

The couple thanked him by saying that ‘didn’t deserve being put through a trial’. Ben Stokes made a thundering comeback to international cricket, helping England win the World Cup and playing a chief role in making England draw the Ashes series at home.

The spot-fixing row of IPL 2013 was the second similar incident in a decade after the trio of Pakistan cricket was involved in the same criminal offence. Along with two other players (Ankeet Chavan and Ajit Chandila), Sreesanth got arrested in Mumbai on May 16th 2013. The trio spent approximately a month in prison.

The cops made the statement that the pace bowler confessed to spot-fixing; however, all the while, he maintained his innocence. The Kerela pacer received bail on June 10th 2013. Following a comprehensive investigation by the BCCI’s anti-corruption unit, Sreesanth was banned for life. The corruption charges against him were dropped, but the ban from the sport remained intact.

While the Kerala high court ordered BCCI to lift the ban on the speedster in August 2017, the BCCI challenged their decision. Following the same, Kerala high court restored the ban. The ombudsman of BCCI reopened his case in August 2019 and reduced his ban to seven years, making him eligible to play for India from September 2020.

Similar to Ankeet Chavan, Ajit Chandila was an off-break bowler who was starting to climb the ladders of success until the hurricane hit him and finished his career. Before the spot-fixing scandal, the 35-year old picked up a hattrick for Rajasthan Royals against Pune Warriors in the 2012 season.

His three scalps accounted for elite batsmen including Sourav Ganguly, Jesse Ryder, and Robin Uthappa. Sadly, his ascendancy got halted when Rajasthan Royals suspended his contract when he confessed to spot-fixing. Things got worse when BCCI imposed a life ban on him.

Former Australian cricketer Luke Pomersbach was infamously arrested in India during IPL 2012 on account of molestation and assault charges. As reported by the Indian police, the 35-year old had misbehaved with a woman and ambushed her fiance during an after-match party.

Pomersbach already had a history of drug problems and escaped a jail sentence after beating up a police officer in Australia who tried to arrest him for drunk driving. Coming to the lucrative league, he looked to redeem himself from all the bad decisions he had made throughout.

The couple met Pomersbach during the party, and they all went to the hotel for drinks after the party. It was in the hotel room that he molested the US woman and assaulted her fiance when he tried to push him out of the room.

There have been instances of match-fixing, but none triumphs the involvement of a pace sensation Mohammad Amir in Pakistan’s tour of England. The left-arm bowler had taken the world cricket by storm and was touted as the next big thing. He was also said to be an apt successor to Wasim Akram because of the swing he used to generate at an alarming pace.

He had come under suspicion, courtesy of bowling some massive overstepping in the fourth Test at Lord’s in 2010. A sting operation performed by the reporters of a British newspaper revealed that bookie Mazhar Majeed predicted the durations at which Mohammad Amir and Mohammad Asif would be bowling no-balls.

Following his confession in corrupted activities, Amir was sentenced to imprisonment for six months and banished from all cricket for five years. As of 2019, Amir successfully reestablished his position in the national team. He also played an integral role in helping Pakistan clinch the Champions Trophy in 2017.