Consumer Protection Act 2019: How To File A Complaint Under CPA

The growing interdependence of the world economy and international character of many business practices have contributed to the development of universal emphasis on consumer rights protection and promotion. Consumers, clients and customers world over, are demanding value for money in the form of quality goods and better services. Modern technological developments have no doubt made a great impact on the quality, availability and safety of goods and services. But the fact of life is that the consumers are still victims of unscrupulous and bad marketing practices. Exploitation of consumers assumes numerous forms such as adulteration of food, spurious drugs, dubious hire purchase plans, high prices, poor quality, deficient services, deceptive advertisements, hazardous products, black marketing and many more. In addition, with the revolution in information technology newer kinds of challenges are thrown on the consumer like cyber crimes, plastic money etc, which affect the consumer in an even bigger way. However, it has been realized and rightly so that the Consumer protection is a socio-economic programme to be pursued by the government, as well as the business as the satisfaction of the consumers, is in the interest of both. 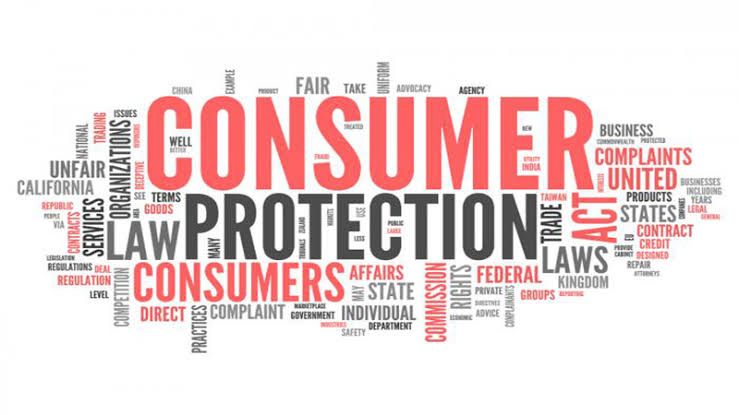 What Is Consumer Protection Act:

The Consumer Protection Act, 1986 (COPRA) is an Act of the Parliament of India passed in 1986 to protect the interests of consumers in India. Consumer Protection is a term given to a practice wherein we need to protect the consumer from the unfair practice, educating them about their rights and responsibilities and also redressing their grievances. It is made for the establishment of consumer councils and other authorities for the settlement of consumer’s grievances and for matters connected therewith it. The act was passed in Assembly in October 1986 and came into force on December 24, 1986. This Act was upgraded in 2019. The new Act was enacted by the Government of India on 9th August 2019. The objective behind the new Act was to overcome the shortcoming of the old law and to cope with the technological advancements.

One of the key changes introduced in the Act is in its definition of “goods” under Section 2 (20) which has included “food” under its jurisdiction, which was not so earlier. The definition of “food” has been borrowed from the Food Safety and Standards Act, 2006. This makes it important for food business operators to be aware of the rights of its consumers under both the legislations and comply with its obligations.

Rights Of Consumer Under The Consumer Protection Act: 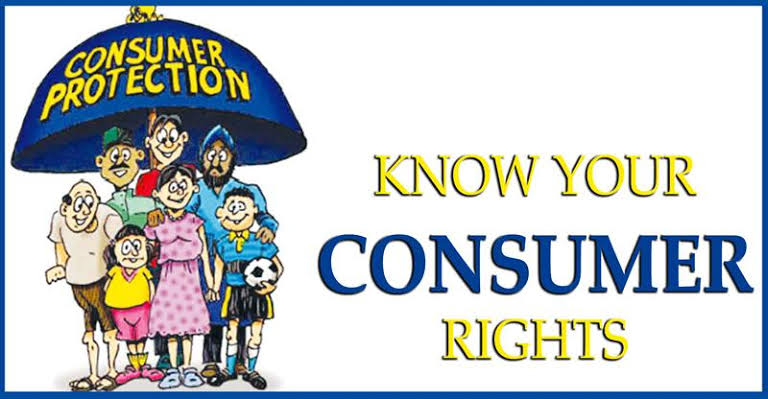 The Consumer Protection Act defines this right as a protection against goods and services that are ‘hazardous to life and property’. This particularly applies to medicines, pharmaceuticals, foodstuffs, and automobiles. The right requires all such products of critical nature to life and property to be carefully tested and validated before being marketed to the consumer.

The consumer must have the right to choose between different products at competitive prices. Thus, the concept of a competitive market where many sellers sell similar products must be established to ensure that the consumer can actually choose what to consume and in what quantity. This is to avoid a monopoly in the market.

5- Right to be Heard

The purpose of this right is to ensure that the consumer gets due recognition in consumer courts or redressal forums. Basically, when a consumer feels exploited, he has the right to approach a consumer court to voice his complaint. This right gives him/her due respect that his/her complaint will be duly heard. The right empowers consumers to fearlessly voice their concerns and seek justice in case they are exploited.

Consumers must be aware of their rights and must have access to enough information while making consumption decisions. Such information can help them to choose what to purchase, how much to purchase and at what price. Many consumers in India are not even aware that they are protected by the Act. Unless they know, they cannot seek justice when they are actually hurt or exploited.

Impact Of The New Consumer Protection Act, 2019 On Ecommerce:

The Indian eCommerce sector has sprinted towards becoming one of the biggest eCommerce sectors in the world. From electronic goods to beauty products, from legal services to ordering food, consumers in India rely on the internet to buy their goods and avail top-class services from the comforts of their homes.

This rapid boost in eCommerce in India has also led to an increased number of consumer grievances. Under the Consumer Protection Act, 1986, there were no or ambiguous provisions relating to eCommerce in India. Consumers facing grievances while purchasing goods from platforms like Amazon, Flipkart, Snapdeal, etc. or availing services from online platforms like MakeMyTrip, Swiggy, etc. didn’t have any protection.

To resolve this, the new Consumer Protection Act, 2019 was introduced by the Government of India and has widened the scope of protection to consumers. Under the new consumer protection laws, eCommerce will be governed similar to direct selling in India and online platforms for selling goods or services, or aggregating services will be held liable for any violation of consumer rights or adopting any unfair trade practices. Under the new laws, the following have been included under the ambit of the Act:

The new Consumer Protection Act, 2019 has also made the eCommerce guidelines mandatory on eCommerce platforms. Under the new consumer protection laws, the following will be applicable on eCommerce websites and apps in India:

Filing Of A Consumer Complaint:

Before filing the complaint with consumer forum it is advised that consumer gives notice to another party about a defect in the product (goods or services) etc. and see whether the other party is willing to pay the damages or replace the product. If it is then the dispute is settled then and there. But if the other party neglects or refuses then the consumer needs to approach the respective forum and file the complaint.
Before filing the complaint, consumer-first needs to decide in which jurisdiction of consumer forum his case lies.

Pecuniary Jurisdiction Consumer complaints can be filed with respect to value enumerated as below,
Forums – Amount
District forum – up to 20 lakhs
State Commission – 20 lakhs to 1 crore
National Commission – more than 1 crore
The award pronounced by national commission can be challenged in Supreme Court.

The procedure of complaint filing in Consumer Forums:

Step 1. The complaint can be made on simple paper, stamp paper is not necessary for it.

Anybody can also filed complaint on consumer portal: https://consumerhelpline.gov.in/

Step 2. The complaint should be drafted stating the facts necessary for establishing the cause of action. Following things needs to be mentioned in complaint by the consumer:
a) Name and complete details of the complainant and opposite party or parties.
b) Date and time of purchase of goods or services availed and the amount paid for them.
c) Particulars of dispute; like a defect in goods or inferior quality of service etc.
d) Particulars of the relief sought in the complaint.
e) Particulars of goods purchased with numbers or details of services availed.
f) Copies of all those documents can be attached which support the contention of consumer and are necessary to establish the cause of action like a copy of bills of goods bought or service availed, warranty receipt, copy of the complaint made to trader asking to compensate for the loss.

Step 3. The compensation claimed should be specified in the complaint and along with it, the consumer can also ask for refunds, damages, litigation expenditure etc. But these amounts should be detailed under different heads and in accordance with pecuniary jurisdiction of respective consumer forums.

Step 4. The statement of jurisdiction should be made in the complaint as to how the case falls within the jurisdiction of the consumer forum.

Step 5. A verification affidavit should be affixed with the complaint stating that all the facts and claims made in the complaint are true and correct.

Step 6. At the end of the complaint, the signature should be put. The consumer may argue his case on his own or through his authorized representative. The complaint made with district forum or state commission needs to be filed in three sets and when made with national commission needs to be filed in four sets with additional sets for each opposite party.

Step 7. The complaint has to be filed with within two years from the date on which the cause of action arose. In case of delay sufficient reasons has to be given to the forum so it may allow the complaint to be filed.