Cancer The Leading Cause Of Death: Stats, Radiation Effects, Factors and Treatment

Cancer has overtaken heart disease to become the leading cause of death among high-income countries (HIC) according to a study published in The Lancet. In parallel to this claim, it was also found that individuals in low to middle income countries (LMIC) suffer more predominantly from cardiac conditions.Cancer causing death is increasing day by day.

Cancer is a leading cause of death worldwide, accounting for an estimated 9.6 million deaths in 2018. The most common cancers are:

The most common causes of cancer death are cancers of: 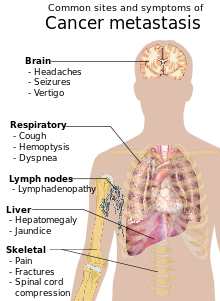 Cancer is caused by accumulated damage to genes. Such changes may be due to chance or to exposure to a cancer causing substance.

The substances that cause cancer are called carcinogens. A carcinogen may be a chemical substance, such as certain molecules in tobacco smoke. The cause of cancer may be environmental agents, viral or genetic factors.

We should bear in mind, though, that in the majority of cancer cases we cannot attribute the disease to a single cause.

Lifestyle-related factors that cause cancer include:

Cancer causing factors related to work and living environments include:

Bacteria and viruses can cause cancer:

Radiation can cause cancer causing death:

Some drugs may increase the risk of cancer:

Innovative research has fueled the development of new medications and treatment technologies.

Doctors usually prescribe treatments based on the type of cancer, its stage at diagnosis, and the person’s overall health.