Brahmastra set to release: Get ready for Alia and Ranbir’s magical fantasy drama

Some filmmakers take a risk to change the equation; sometimes it works, and sometimes it doesn’t. However, they do pave the road for many others to follow and only develop beyond what the pioneer did. Brahmastra movie, Ayan Mukerji’s vision which he has been developing for years, appears to be one. The movie, which has been in development while Indian cinema has produced thousands of flicks, has finally arrived on the coasts. It has been exactly 4 years since its introduction and 7 years since we first heard about it. Alia and Ranbir’s magical thriller Brahmastra movie will be out soon to surprise with a unique storyline. 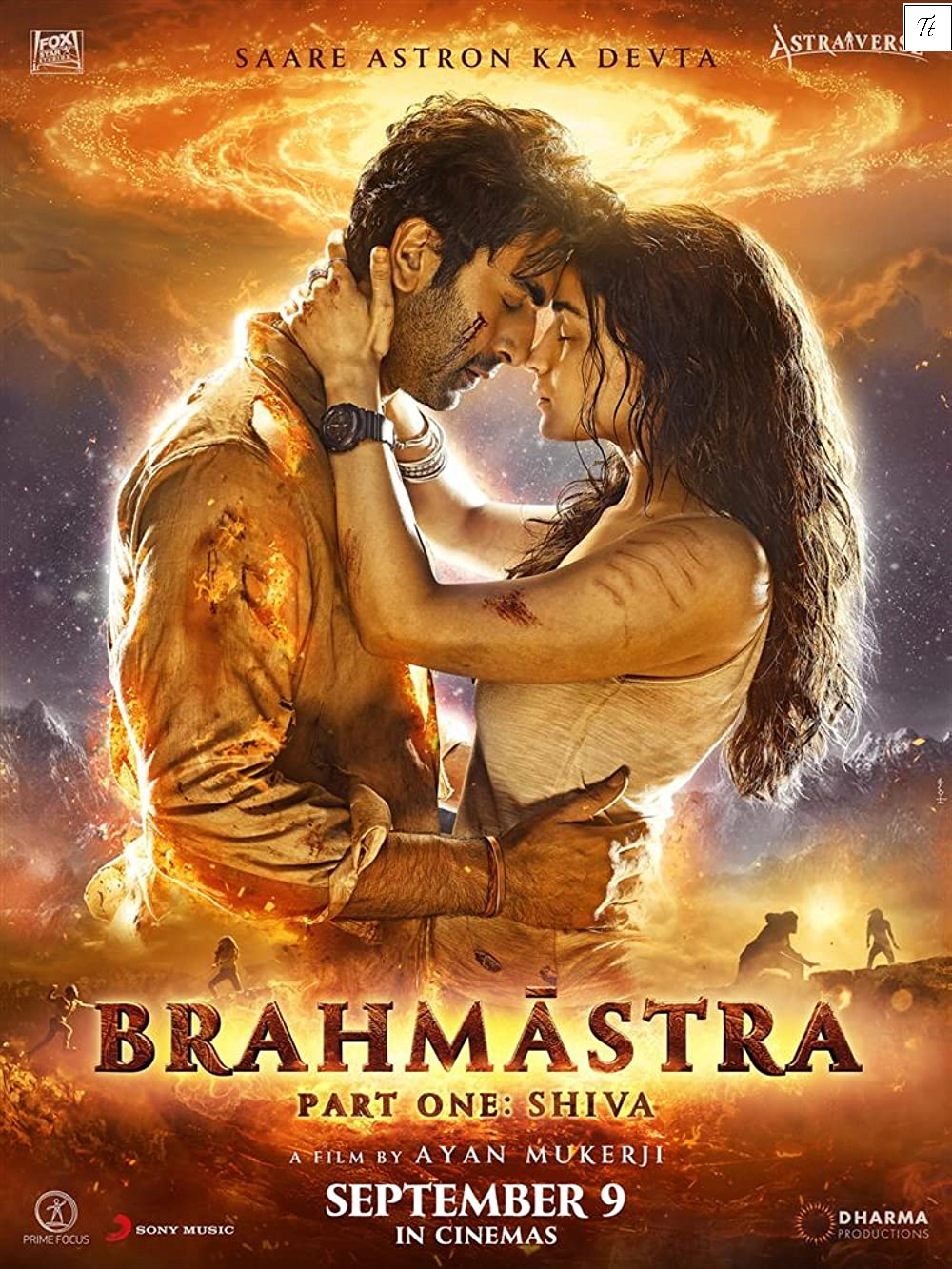 Brahmastra is a forthcoming Hindi-language magical adventure story. The movie will be released on September 9, 2022. Ayan Mukerji directed the movie with  Ranbir Kapoor, Amitabh Bachchan, Alia Bhatt, and Mouni Roy featuring in major parts. The film is produced by Dharma Productions, Star Studio, Prime Focus, and Star Studios in association with Starlight Pictures. It is modeled on the first series of the superhero trilogy. The film is designed to be the first in a trilogy as part of its own cinematic universe named Astraverse.

The trailer was released on July 15th and has received over 18 million views on YouTube to date. The audience is loving it and is happy that it is the first Bollywood film that has broken the cliché of a love tale path and gone into such a gripping saga arena that appears unusual and extraordinary.

Shiva, a DJ, discovers his odd relationship with the energy of fire, as well as his potential to unleash the Brahmastra, a mystical weapon believed to be able to destroy the universe and vanquish all creatures. Junoon, the queen of dark forces, on the opposite side, is also embarking on a mission to acquire the Brahmastra. The plot revolves around Shiva opposing and fighting Junoon’s plans, as well as discovering about Brahmastra.

What to expect from Ayan Mukherji’s latest directorial?

The trailer connects you to wizardry in the first ten seconds and leaves you wanting to know what happens next. Mukerji’s success in the teaser is that his hero arrives much later and he lets his universe take over before.

We hope the movie accomplishes the same since the Astraverse is far larger than any specific personality and it is critical to grasp that initially. Ayan’s world is interesting, as revealed in a kind of conception and making BTS film provided to us in a special viewing, and the audience should be informed of that.

Shiva, played by Ranbir in Brahmastra, does not wear a cape or a costume, nor does he carry a mask or have electronics attached to his hand. Shiva is a legendary figure who derives his power from our Indian Gods. Ayan emphasizes this right at the start of the trailer to avoid the superhero connection.

The trailer is elevated by Amitabh Bachchan’s voice-over and charisma. He appears to be Shiva’s instructor as well as a member of the good people’s crew. Mouni Roy is scary, and she appears to have capitalized on her Naagin triumph. She looks better in Brahmastra, and her role appears deeper and more ominous.

The teaser is mind-blowing and will drive your interest in the movie’s initial release in cinemas. What it promises: a new genre that is authentically desi at the core, with India’s first indigenous legendary hero Ranbir Kapoor at its core with his real-life queen Alia Bhatt. Stay tuned for further updates on the upcoming Blockbuster Brahmastra.