Kartik Aaryan, Kiara Advani, and Tabu-starrer Bhool Bhulaiyaa 2 will hit the silver screens on November 19 this year. The film was initially supposed to release last year but had been put on hold due to the novel coronavirus pandemic. As theatres have allowed 100 percent occupancy, more and more films are booking the best slots for release.

The team of the film had a quirky way to announce the release date of the upcoming outing. Kartik, director Anees Bazmee, producers Bhushan Kumar and Murad Khetani were all seen with skulls in their hands for the announcement post.

They also shared a still of the Pyaar Ka Punchnama actor in the look of a godman with a skull in his hand.

Producer Murad Khetani took to Twitter and announced the release date of Bhool Bhulaiyaa 2. He wrote, “We’re back with this thriller comedy! Are you guys ready? #BhoolBhulaiyaa2 in cinemas Nov 19, 2021 (sic).”

Kartik Aaryan had recently posted a picture of himself on Instagram along with a hilarious caption. As many films have announced release dates in the past few dates, Aaryan wrote, “Meri koi release date announce nahi ho rahi kya.

It was just few days back when Kartik Aaryan had posted on social media a picture of himself with a poker-face and witty captioned it saying, no makers of his upcoming projects are announcing any release date of his next film. Looks like the makers of his next have made his wishes come true. 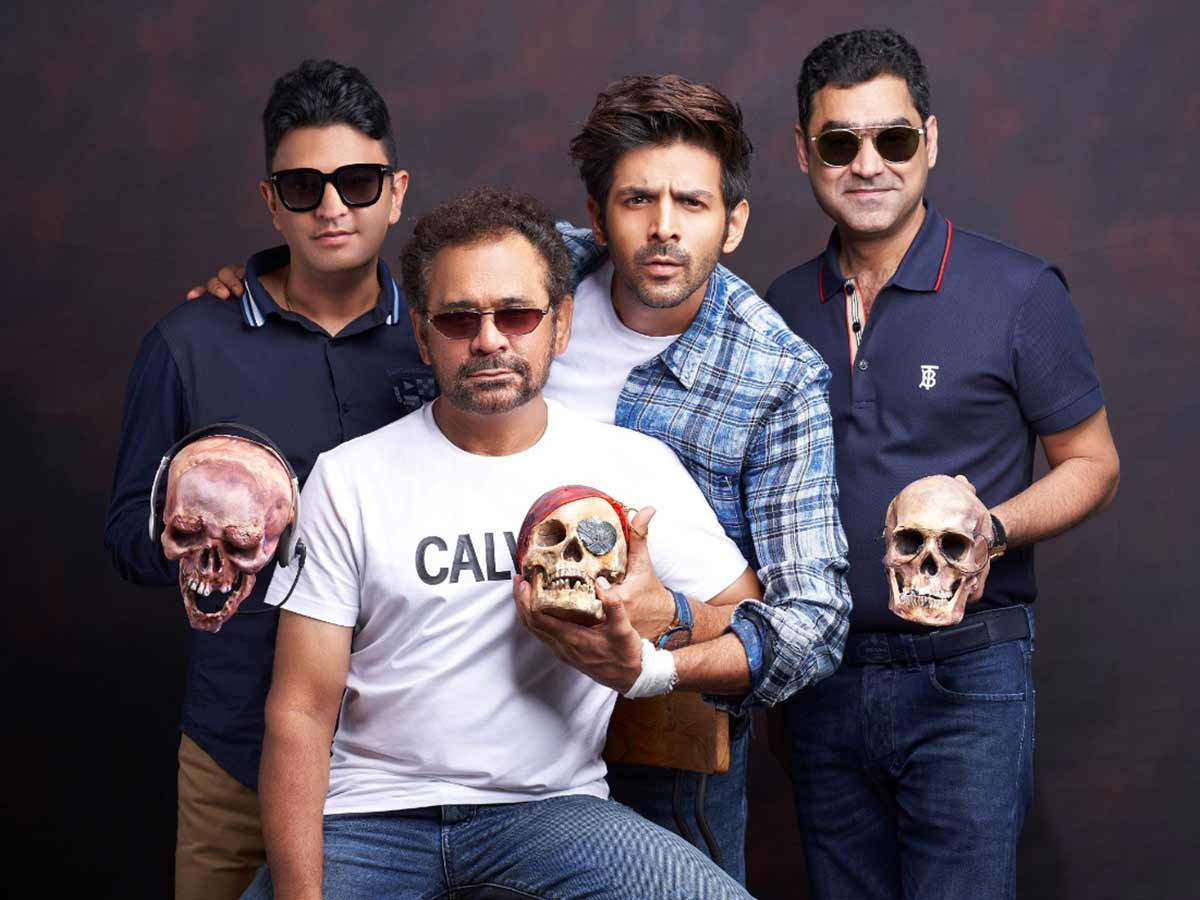 Bhool Bhulaiyaa 2 is directed by Anees Bazmee and is a psychological-comedy-thriller. Kartik Aaryan started shooting for the film in October 2019. The shoot had been stalled due to the novel coronavirus pandemic in March 2020.

Bhool Bhulaiyaa 2 is the sequel to the 2007 film starring Akshay Kumar, Vidya Balan, and Shiney Ahuja in lead roles. It was directed by Priyadarshan and Vidya Balan was heavily praised for her performance in the film.