What Is Ayodhya Land Dispute: Ram Mandir Or Babri Masjid?

India waits with breath as the date of the final verdict by Supreme Court on Ayodhya land dispute case comes near. Outgoing Chief Justice Ranjan Gogoi is expected to deliver the final ruling before he retires on November 17.

Meanwhile, the situation in Ayodhya, the ground zero of the controversy, remains tensed on a knife’s edge — prohibitory order has been extended to December 28, “victory celebrations” and “mourning processions” have been banned, all kinds of restrictions have become the order of the day.

As the potentially touch-and-go hour approaches, here is a journey down the memory lane to make sense of things that came to pass on that fateful December 6, 1992 day, an important moment in history after which India was never the same again. Here the events leading up to the tense build-up, the storming and the bitter after-effects. 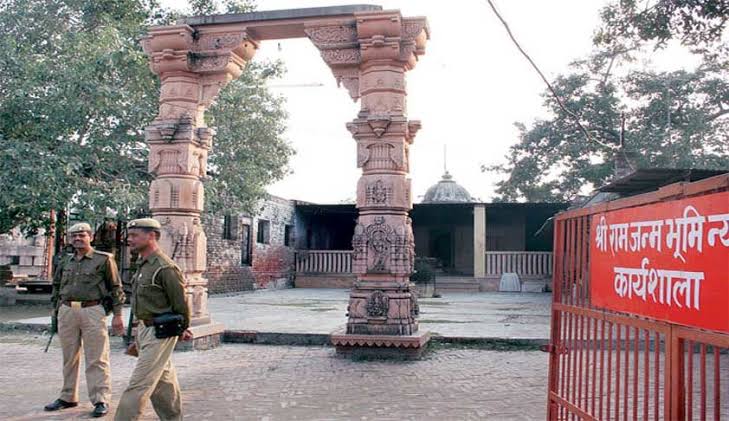 Lord Rama was born in Ayodhya on the banks of the river Sarayu, according to the Ramayana. This place is identified with Ayodhya in present-day Uttar Pradesh. As per Hindu beliefs, an ancient temple stood at the birthplace to mark the spot. And that it was demolished in 1528 by first Mughal emperor Babur when he built a mosque – Babri Masjid – which was subsequently demolished by kar sevaks on December 6, 1992. Who really owns the land where it stood? That is the point of the title dispute over the 2.77 acres of land.

Who are the main parties to the dispute?

There is three key parties in the ayodhya land dispute. The Nirmohi Akhara which has been the bait – manager of devasthan- of the Lord historically. The Uttar Pradesh Sunni Central Wakf Board which administers all wakfs in UP. And the deity, Ram Lalla, which came into the litigation in 1989 through next best friend Deoki Nandan Agarwal, a former judge of the Allahabad High Court who later joined the VHP. Many community groups like the All India Hindu Mahasabha and individuals like Iqbal Ansari joined on either the Hindu or the Muslim side.

What is the legal history of the dispute?

In 1822, an official of the Faizabad court claimed that the mosques stood on the site of a temple. The court dismissed the suit.
In Dec 1949, some Hindu activists placed idols of Ram inside the disputed structure, leading to communal tension. The mosque was seized by authorities. Court orders restrained people from removing the idols, and the structure’s use as a mosque effectively ceased from that point. In the years that followed, Hindu and Muslim groups filed separate claims over the site and the structure.
In 1986, a Faizabad district judge ordered the gates of the Babri Masjid to be opened after 37 years, in favour of Hindu parties, and allowed worship. The Rajiv Gandhi govt allowed shilanyas at the site. The VHP laid the foundation of a Ram temple on land next to the Babri Masjid.
In 1990-91, LK Advani began his ‘rath yatra’ for a Ram temple, and kar sevaks arrived in Ayodhya leading to clashes.
On Dec 6, 1992, the Ram Janmabhoomi-Babri Masjid structure was demolished.
In Sep 2010, the Allahabad HC in a 2:1 majority ruled three-way division of disputed area between Sunni Waqf Board, the Nirmohi Akhara and Ram Lalla. All parties approached SC and got it stayed.
In Sep-Oct 2019, the SC heard the appeals for 40 days and reserved judgment. Order will be pronounced before CJI Ranjan Gogoi retires on November 17.

What do archaeological records say?

An Archaeological Survey of India probe – on the orders of HC – submitted a voluminous report in 2003 saying that proof had been found of a massive structure just below the demolished Babri Masjid. The survey claimed the presence of walls and pillars of a temple-like structure. However, this was disputed by other members of the group which conducted the dig.

What did the Allahabad High Court verdict in 2010 say?

In September 2010, the Allahabad High Court ruled a three-way division of the disputed area between Sunni Waqf Board, the Nirmohi Akhara and Ram Lalla. The inner courtyard, where the dome once stood, went to the deity. The Ram Chabutra and Sita Rasoi nearby went to the Akhara. The Muslim side was left to take their one third after partition and adjustments from the extra land in and around, acquired by the govt. Each side was expected to give entry and exit rights to the other. The 3 parties moved the SC.

What did the 3 sides say in SC?

The Muslim side wants the masjid rebuilt at the same location. It also wants the SC to implement the Places of Worship Act 1991 which freezes all places of worship as they existed when India became free. This is to prevent spillovers to other disputed sites like Mathura and Kashi. The akhara and deity want possession of the land. The akhara is willing to concede the rights of the title to the deity if it’s she bait is recognised.
After the hearings were over, the Sunni Board reportedly made a mediation offer that it would give up claim for the title if Kashi and Varanasi were left alone and the masjid rebuilt at another location. Other parties on both sides are unlikely to support this.