Airtel Vs Jio Fiber Broadband War: Which Is The Cheapest 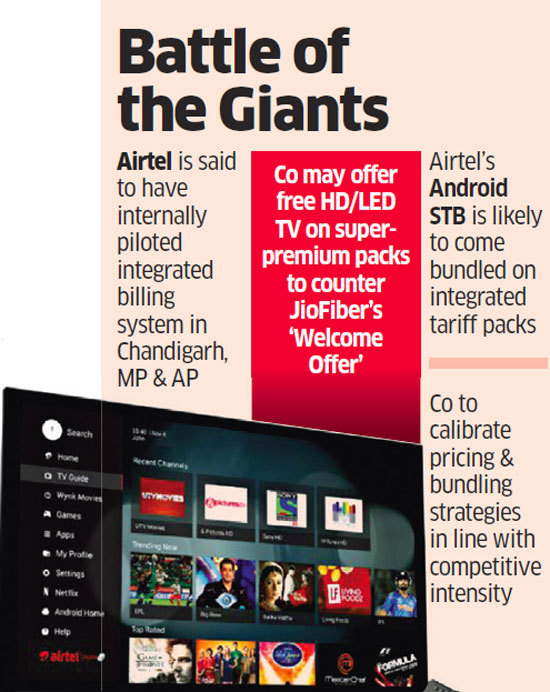 Pricing and package strategies would be “calibrated in line with competition intensity,” says another person after Post-Jio’s home-based broadband services.

Experts have said Jio’s promise of a free high-definition TV and a set top box for people opting for its annual broadband plans as part of a ‘Welcome Offer’ could unleash another wave of disruption in the telecom and DTH markets.

People who are aware of the trend said that Airtel could roll out its converged entertainment sum-broadband tariff packages early next month around the time of the JioFiber launch.