Airtel has reduced the prices of its set-top boxes in the country.Also offering a additional price benefits for existing subscribers. 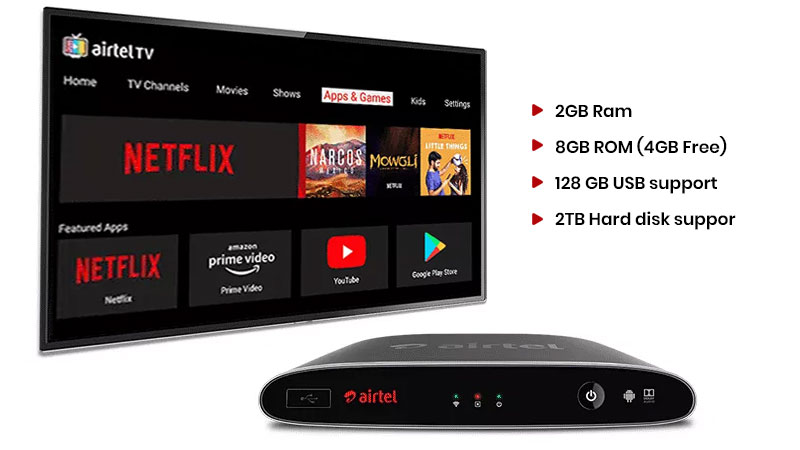 The Operator is currently preparing to offer as many benefits as possible to tackle the possible incoming threat from Jio’s upcoming TV service. Hence, all major players such as Dish TV, Tata Sky, Airtel Digital TV and Hathway have been offering a lot of benefits.

Tata Sky recently reduce the price of its set-top boxes in order to generate more interest from subscribers. Following on the footsteps, Airtel has also introduced a similar plan for its own set-top boxes.

Along with the reduced price for the HD set-top box, Operator is also bundling benefits worth Rs 1,000 to the subscribers.

For existing Airtel Digital TV subscribers who want to upgrade to the HD box, they will have to pay Rs 699 for the set-top box with Rs 150 service charge.

The Internet Tv Box is smart set up box from which we can also enjoy services like netflix and prime directly from their tv.The box Also stream 4k resolution.This mnc is tried getting harder to attract customers befor jio come to the market with its dth services.