Maratha Arabians won the much-hyped Abu Dhabi T10 tournament, defeating Deccan Gladiators by eight wickets in the final. It was a rather one-sided contest with Gladiators posting 87 for 8 batting first, and the Arabians gunning down the target in 7.2 overs to clinch the title. Chadwick Walton was declared man of the match for his unbeaten 51 from 26 balls in the final while Chris Lynn was player of the series as well as a batsman of the series. George Garton of Qalandars was declared bowler of the series for his 12 wickets.

A number of players must have been eyeing an IPL 2020 contract by performing well in the Abu Dhabi T10 tournament. The list included England’s teen sensation Tom Banton and Lynn himself, who was released from Kolkata Knight Riders prior to the IPL auction. Here, we take a look at three major takeaways from the recently-concluded T10 tournament. 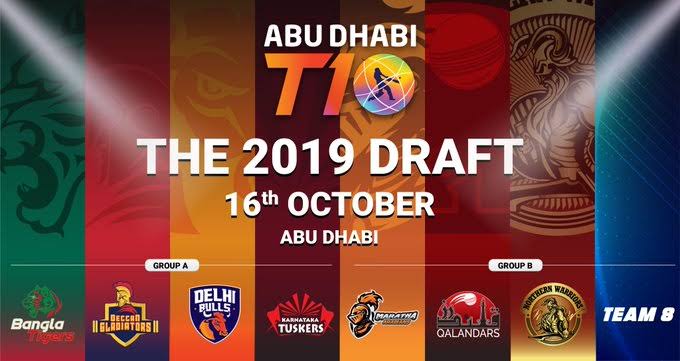 A fascinating subplot within the larger competition played out during this year’s T10. Kolkata Knight Riders had released Lynn from their squad, before the auctions and the Aussie blasted a record 91 not out from 30 balls playing for the Arabians against Team Abu Dhabi. The innings led (Yuvraj) Singh to state that KKR had committed a blunder by releasing Lynn. While a lot of eyes were on Banton, who also impressed with two fifties and a strike rate of 200, including an 80 from 28 balls for Qalandars against Karnataka Tuskers, Lynn was on an altogether different planet. He finished the tournament with 371 runs in eight games at a strike rate of 236.30, with four fifties. Perhaps the KKR snub only spurred him on to achieve greater heights.

#2. Dwayne Bravo is still a force to reckon with

When former West Indies all-rounder Dwayne Bravo announced his retirement from international cricket, it was seen as an indication of his waning powers. He had an average IPL 2019 as well by his lofty standards — 11 wickets and 80 runs in 12 matches. However, he demonstrated in the T10 that he still has lots to offer in domestic league tournaments.

Bravo finished the tournament with eight wickets in eight matches at a rather expensive economy rate of 11.57. However, on the day that it mattered the most, Bravo’s legendary repertoire in the shorter formats was on display. His 2 for 16 kept the Gladiators on the back foot after they batted first, as Bravo led the Arabians to victory.

#.3 Yuvraj Singh is well and truly past his prime

There was plenty of hype and excitement over the once flamboyant Yuvraj Singh featuring in the T10 event. However, it turned out to be quite a damp squib for Yuvi fans as the left-hander struggled throughout the tournament. His scores in T10 made for quite a sorry reading — 6, 14, 23 not out and 1. Singh totalled 44 runs in four innings at an average of 14.66. The strike rate of 169.23 hardly holds any significance considering his low scores. If anything, the event confirmed that Singh is now well and truly past his prime and, perhaps, must focus his attention on coaching or commentary.