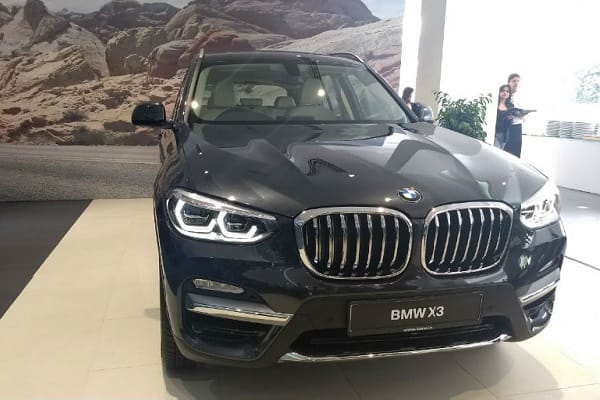 The third generation BMW X3 has finally been launched in India with prices starting at ₹ 49.99 lakh for the xDrive 20d Expedition and ₹ 56.70 lakh for the xDrive 20d Luxury Line. BMW has already started the manufacturing/assembling the new-gen X3 at its Chennai plant, which recently celebrated its 20th anniversary. The X3 is one of the most popular SUVs from the company’s portfolio in India. Coming to the looks and design, the new-gen X3 gets a more aggressive face thanks to a larger kidney grille and separated headlamp clusters, which are full LEDs now. The front bumper too gets a redesign with larger air intakes and LED fog lamps. The silhouette remains more or less similar though. The SUV now gets 18-inch alloys as standard along with optional 21-inch units on the top-spec model. At the rear, the wrap-around 3D LED tail lamps are new too.

Built on the new CLAR platform and a stiffer chassis, the new-gen X3 loses 55 kg weight over the previous model, even though the overall dimensions remain similar to the model it replaces. Apart from that, the SUV gets a thorough update for the interior as well. The single most important update is the sixth generation iDrive infotainment system, which now gets a touchscreen and voice controls, with the touch interface being very slick. Smartphone integration options such as Apple CarPlay and Android Auto are standard, along with the updated iDrive. Other features on the X3 include the Harmon Kardon 600 watt audio system, BMW ConnectedDrive, Automatic Differential Brakes, Dynamic Traction Control, Adaptive suspension, Hill start assist and hill descent control.

As far as engine options are concerned, BMW will offer the new-gen X3 with a 2.0-litre diesel engine which makes 190 bhp and 400 Nm of peak torque. The engine comes mated to an 8-speed automatic transmission with all-wheel drive as standard, known as xDrive on BMW models. The automaker has also confirmed that the petrol powered version of the X3 will be launched later in 2018.

The third-generation BMW X3 will go up against rivals such as the Audi Q5, Mercedes-Benz GLC, Land Rover Discovery Sport and the Volvo XC60. BMW says that the deliveries of the X3 will begin from today onwards. BMW India operates out of 45 outlets across 31 cities in the country.